Prime Minister Leo Varadkar made a formal state apology to the women and families caught up in the smear test scandal. 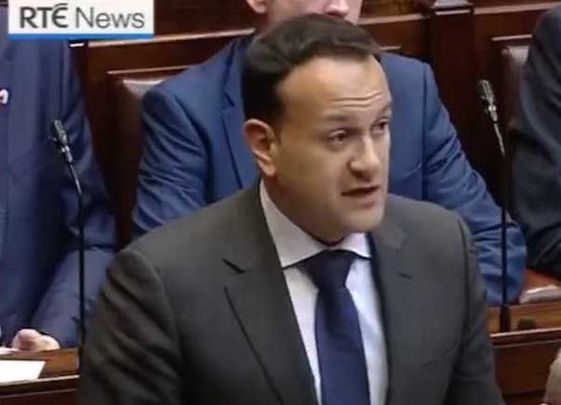 Taoiseach (Prime Minister) Leo Varadkar on Tuesday afternoon made a formal state apology to the women and families caught up in the smear test scandal.

He said in the Dail that the state failed hundreds of women by not informing them that they were given incorrect all-clear smear test results before later being diagnosed with cancer.

More than 221 women were affected by the scandal which was finally exposed when the information was forced out in a court action prompted by the appalling treatment of cancer patient Vicky Phelan.

Her courage in taking her plight to court rolled back a blanket of amazing secrecy and revealed vital medical details that were kept from many women.

Following incorrect smear test results in 2011, she was eventually diagnosed with cervical cancer and in January 2018 given six to 12 months to live.

'We are sorry': Campaigners welcome State apology issued to the women and families affected by #CervicalCheck controversy | https://t.co/KjxfqY4LUe pic.twitter.com/dbDmlV4DDU

But the 45-year-old mother of two, who was awarded €2.5million compensation, has since revealed that the tumors in her body have significantly shrunk since discovering and using Pembrolizumab. which all women suffering from cervical cancer will have the option of receiving following a campaign by Phelan.

She revealed last week that she and her husband are now separated, but still sharing the same house as friends for the sake of her children. She told the Irish Daily Mirror they made the decision to split two years ago before her cancer returned, and neither was involved with another partner.

Almost 80 women affected by the scandal were in the Dail to hear the state apology along with members of their families.

In a statement, the 221+ patient support group said it hopes the apology marks a turning point in the state’s “attention to effective governance and accountability” in women’s healthcare.

The public health doctor, Gabriel Scally, who led the official inquiry into the scandal said the state apology was “momentous and unprecedented” for the women and their families.