Any good Irish Dads out there this Father’s Day?

Happy Father’s Day to all of you mean, abusive, drunkard, petty and cruel dads. 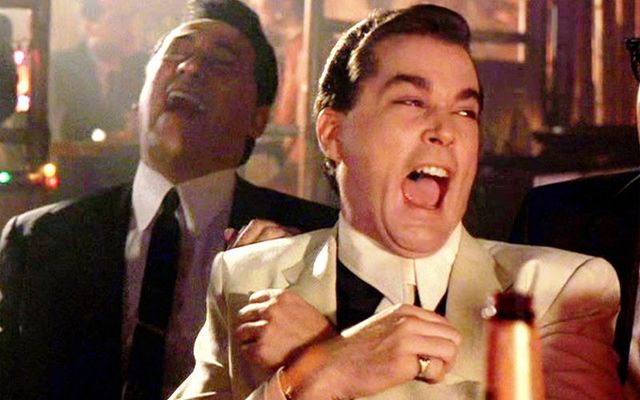 Happy Father’s Day to all of you mean, abusive, drunkard, petty and cruel dads. The only good Irish father, apparently, is an absent Irish father

That’s what you’d think if you’ve read a book or seen a play or watched a TV show in, like, the last 100 years.

Okay, I exaggerate a little.  Giuseppe Conlon from In the Name of the Father is a righteous fellow.  As is the titular da in Hugh Leonard’s play, though if you know the story that’s a complicated one.

And Michael Brendan Dougherty’s father seems, uh, not horrible in his recent memoir My Father Left Me Ireland.

And Mike Cleary on the ABC shows The Kids Are Alright about a large Irish Catholic family in 1970s California also wasn’t so bad, even if he did dismiss all the bad stuff coming out about Richard Nixon as “phony news.”  (Wink, wink.)

But The Kids Are Alright has been canceled by ABC.  Probably because Cleary was insufficiently mean, abusive, drunkard, petty and cruel.

Consider Frank McCourt’s useless dad from Angela’s Ashes. And fine Irish American films like Good Will Hunting and The Brothers McMullen are set in motion by awful fathers.

Even classic literature from both sides of the Atlantic by such titans as Eugene O’Neill and James Joyce feature patriarchs who range from scheming to tyrannical.

It only makes sense, then, that when the great Irish writer Colm Toibin decided to write a book this year about the fathers of three great Irish artists -- Oscar Wilde, William Butler Yeats, and James Joyce -- he called it Mad, Bad and Dangerous to Know.

That pretty much sums up the daddy in Joyce Carol Oates’ new novel, My Life as a Rat -- released just in time for Father's Day!

This painful story follows Violet Rue Kerrigan, raised in a big Irish Catholic family in upstate New York.  “Daddy had named me himself,” Violet recalls. Hers’ was a “name he had claimed to have heard in an Irish song that haunted him as a boy.”

Daddy is a drinker (strike one!), a plumber (strike two!), and a Vietnam Vet (you get the point) who abuses his kids in all sorts of sadistic and creative ways.

He boxes with his sons until they bleed.  He is a sexual and religious hypocrite.

“Nine kids in that rowdy Irish Catholic family,” Violet recalls.  “Had to let them know who was boss.”

Well, she certainly will rue the day (get it!) she was born to an Irish father.

A similarly diabolical blue-collar father is Mr. Murphy, a carpenter and from Queens in the much-celebrated 2014 novel Preparations for the Next Life.  Mr. Murphy drinks, rants about “whores,” and his own wife refers to the men of the house as “good Irish men” even if they live as if it were still “prehistoric times.”

To their credit, neither Murphy nor Kerrigan tries to murder their own children.  Or vice versa. As Mick Donovan, the South Boston Irish Dad did in the hit TV series Ray Donovan.

Jon Voight as Mick Donovan, in the show Ray Donovan.

Which was only following in the fine parental footsteps of the TV drama Rescue Me about the Irish-American firefighting Gavin clan. In one dream sequence, Tommy Gavin (Denis Leary) takes an ax to his father’s coffin.

Denis Leary who played Tommy Gavin in Rescue Me.

All of which means the estate of Dublin-born writer John Millington Synge should be receiving some fat royalty checks.  Because way back in 1907, in The Playboy of the Western World, Synge wrote a play about a Mayo son who murderously attacks his dad not once, but twice.

Back then, such material was so offensive to certain folks there were literally riots on the streets of Dublin.  These days? It’s just what’s on TV.

Or at the movies, like Theresa Dunn’s puritanical father in Looking for Mr. Goodbar (1977), or Henry Hill’s miserable, abusive dad in Goodfellas (1990).

Or in books, like Studs Lonigan’s hypocritical dad in James T. Farrell’s trilogy (1930s), or nine out of ten dads in Irish memoirs.

There must be some decent Irish dads out there.  Right?

If you find one, wish him a Happy Father’s Day.

Read more: Why my orphaned Irish father will always be my best friend