Happy Father's Day to my loving Irish Dad! He may not have experienced it himself but he always ensured we had the best childhood. 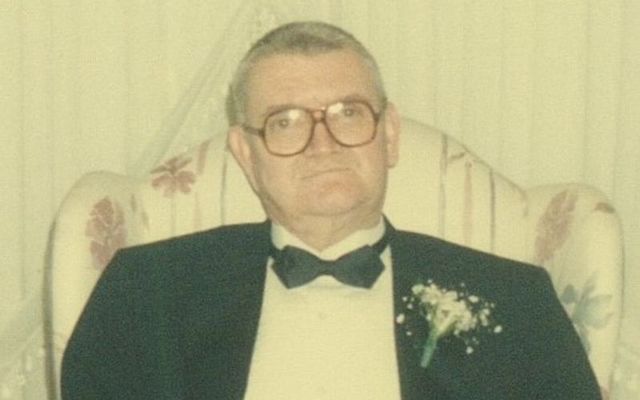 Happy Father's Day to my loving Irish Dad! He may not have experienced it himself but he always ensured we had the best childhood.

Several weeks ago, a cousin who I have never met sent me a picture of my father as a young man holding me when I was eighteen months old. She wasn't sure if it was me in the picture or my sister, Eva, who was twelve months older.

I had never seen the photo before and I was so grateful to have it. The picture was taken in 1963 in our then hometown of North Bergen, New Jersey. I love the genuine love and softness in my father's face while looking at me. The picture truly captures his gentle and loving nature.

Throughout his life, I observed my father's consistent kindness and considerate demeanor towards others. When he saw someone having a bad day he was quick to step in with simple words of encouragement. Being out with him as a child it was commonplace for my sister and me to hear him tell someone, "It's okay-it's just a bad day. Don't let it get you down. Tomorrow will be better."

While he was driving he waved to strangers. My sister and I laughed when he did this and he told us, "I may be the only person who says hello to them today." He always trusted things would work out the way they were supposed to work out in life. His optimism was contagious.

My father was an exceptional father. In addition to providing the necessities, he was supportive, affectionate and patient. He gave me his undivided attention whenever I was around him. He was my first and my best teacher. As I got older he remained involved and engaged in my life and always offered sound advice when asked.

He had none of that. And, that makes him even more special to me.

Francis Edwin Concannon was born in the Bronx in 1929 to loving parents. Following her sister Annie and her brother, Matthew, his mother Bessie Creegan immigrated to New York from County Leitrim, Ireland in the early 1900s. Bessie met Frank Concannon in New York and they married. Frank's ancestors came from County Galway.

Bessie died in the Bronx while delivering her fifth child in 1933. Frank died the following year leaving their five children orphaned. Bessie's brother Matthew and his wife adopted the baby and named him Matthew Jr. Young Matthew would remain their only child. The three older children would go off to try and find their way in New York and Connecticut.

My father who was only three years old found himself in Holy Angels Orphanage in New York. He spent his childhood there. He told me endless stories about how loving the nuns were to him. He would fondly smile, "They loved me as a mother would."

They held him when he cried and they nurtured him. Once a week they dressed him in his one suit - a sailor suit - and while he played with the other children, couples would walk through the orphanage to choose a child to adopt. Each week as the nuns changed him back into his play clothes they told him, "Not this week Eddie ... maybe you'll find your family next week." 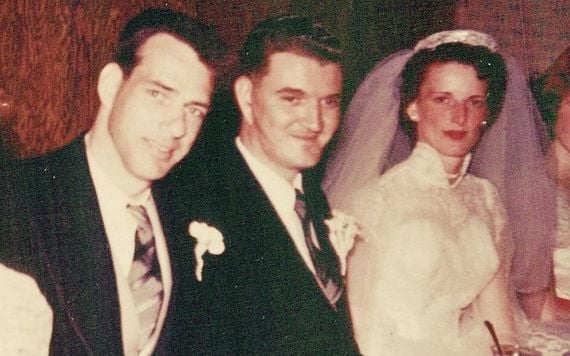 As a teen, he found himself in foster care. He told me he did have an unpleasant experience in one home but would not complain about it. He then was placed in a home with an older childless couple named Mom and Pop Vogt. They had a history of caring for orphaned boys.

Pop Vogt taught my father how to fix things and Mom Vogt made home cooked meals. They both gave him love and support and a place to call home. It was there where he first met Tom Daly, another young boy the Vogt's were caring for. Tom and my father became close and bonded over their mutual situation. They began calling each other brother.

Knowing my mother was also an orphan, a mutual friend set my parents up on a blind date in the early 1950s. My father married my beautiful mother in 1957 and Tom Daly was there at his side to serve as best man. My father told me he had high hopes and dreams of a happy marriage and a good life with my mother and I'm sure she did too.

My sister Eva was born in 1960. After my birth in 1961, my mother began to exhibit significant mental health problems. Their lives drastically changed. My mother spent weeks at a time in hospitals and received many rounds of shock treatments.

My father had no support and no family to rely on. He had to go to his blue-collar job each day in order to pay the rent for our apartment. He often reached out to the one person in his life he knew he could count on. He would drive me and Eva in his blue station wagon over The George Washington Bridge to Tom Daly's home in Long Island. Tom along with his wife Barbara would care for me and Eva along with their five children.

With little help in the 1960s for people with mental illness, my father took me and Eva out as often as he could just to get us out of the house. Sometimes he loaded us into the car before sunrise even bringing our blankets and pillows for the ride.

As we got older and my mother's untreated mental illness progressed - it was not a good environment for anyone to be in. He had little money but we did such memorable things and New York City became our playground. He got us in city pools and in the bleacher seats at Yankee Stadium. We must have walked and explored every inch of New York. He taught us how easy it is to ride the subway in New York.

If he was really broke we rode the Staten Island Ferry the entire day and ate tomato and mayonnaise sandwiches as he said, "Aren't these tomatoes beautiful?"

We walked across almost every bridge in New York, too. On very hot days he took us into the pubs with him allowing us to play pool and he provided us with endless Cokes and bags of peanuts. We always had his undivided attention. While in New York he went out of his way to expose us to other cultures and he made sure we knew we were no better than anyone else.

I cherish the memories of our New York adventures.

As we both aged, my father and I became dear friends. My mother died in 1989 and then my sister died in 1996. In 2010 I sent my Dad a Father's Day card thanking him for being such a wonderful father.

After my father died in 2011, I found the card as I was cleaning out his house. When I opened it I was surprised to see he wrote a loving note to me dated just a few weeks before he died knowing I would one day find it. I wept as I read it but I was filled with gratitude as I thought about our relationship.

I was forty years old when my father died and there was nothing left unsaid between us. We never had an argument or even a disagreement. We never spoke an unkind word to each other. Our relationship remains one of the best and purest relationships I have ever had.

When my cousin sent me the picture of him as a young man holding me I had many of the same emotions. The picture spent the last fifty years in an old cedar chest in a bedroom in Duluth, Minnesota. Today it is framed on my mantel in New Jersey and I treasure it. And, I treasure the selfless man I was lucky enough to call Dad.

I'm filled with gratitude for the nuns from the orphanage, for my Uncle Tom and Aunt Barbara, for Mom and Pop Vogt and for anyone else who showed my father love and kindness along the way.

Happy Father's Day to all Irish dads all over the world from everyone at IrishCentral.