Father's Day memories of the finest man I knew 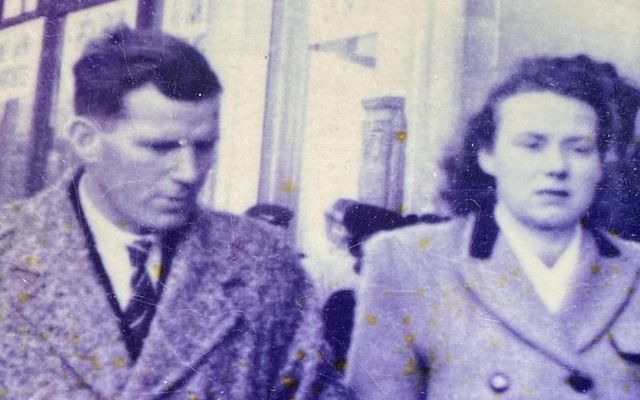 Donal and Kathleen O'Dowd, shortly after they were married, pictured in Dublin in 1946 Niall O'Dowd

On Christmas Eve as a nine-year-old child in 1915, he came over the mountains from the village of Muirioch, destination midnight mass in Dingle Town, County Kerry.

Seven miles there, seven miles back, the rusty old boots of his dead grandfather clanking on the gravel road, his friends singing the old Christmas songs and hymns on a star-spangled night if they were lucky, in pouring rain even snowfall if they weren’t. It was a treasured moment in my father’s young life.

He only wore his grandfather’s boots so the townies in DIngle wouldn’t laugh and make fun of his shoeless feet. Some others he remembered, were not so lucky and walked barefoot.

Back home were his 13 other siblings and his parents in a three-roomed house with a small farm to keep the hunger away.

As a child he took me to the corner of a field and told me this was where a young girl from the family was buried during the famine, they had no strength to bring her to the graveyard. He took me to Kilmalkedar graveyard where his parents and their parents lay and probably further back since the O’Dowd family had come over the hill from Castlegregory, reasons unknown around 1830.

The family had nothing and no prospects of anything. Some took the religious way out, There were three Christian Brothers, Matt, Denis, Tom, one priest, Pat, one nun, Terasina, found education and a life outside the narrow spaces. We would hear from them over the years, from South Dakota and Michigan and Savannah, Georgia, their steadfast religion kept them safe and well but they deeply missed old Ireland. The first question my Uncle Jack in Detroit after a life on the Ford Assembly line, had was which field would be plowed that year first? I had no notion whatsoever as a lifelong townie.

My father himself was heading for nowhere, the family farm as per tradition, would be taken by his oldest brother Michael and he would have to move on.

He was smart. The village school, though full of poor and needy children, taught him well and against all the odds he decided to become a teacher.

Armed with nothing but a high school graduation certificate he made the move. At the station in Dingle, he saw the suitcases packed for Britain and America. The further away the better he thought as their owners had nothing but a dream to find a better life. He instead went to Cork and teacher training college.

The Irish Free State had been declared and a new dawn beckoned. He was given what amounted to an apprenticeship. A fierce advocate of the Irish language, the new era would herald a revival in the mother tongue and his good luck was to be able to teach it.

But there was no permanent post, just cycling around the Munster area and some of Leinster as a hired hand, teaching this old and beautiful language that had suddenly begun to reassert itself again.

He taught day classes and night classes, cycling home to local accommodations through wind and rain and once a storm so fierce he took refuge in a graveyard at midnight

On one of his night school classes in Thurles, County Tipperary, he met my mother, Kathleen Devins from Clare, who was eager to learn the Gaelic tongue my father spoke so beautifully. He dreamt in Irish he told me once, something I could scarcely imagine.

He and Kathleen got married in January 1946 amid some of the worst food shortages in the wake of the worst war ever experienced. They settled in Thurles in Tipperary, where he finally got full certification and could stop his nomadic ways. Later as a family, we moved to his new posting in Drogheda, County Louth.

They had seven children, all of us still living and he gave us everything he had, which was no money but a deep love and a sense that we could do anything we wanted if we believed enough. In time, he became a frequent contributor to Irish language programs on national radio and won Ireland’s most prestigious Irish language short story competition. He was one of the founders of the Fleadh Cheoil and loved Kerry football like it was his eighth child,

In August 1978, I was living in San Francisco and coming back home from a run on the nearby ocean beach. I saw a huddle of friends as soon as I walked in, one holding a telegram. My father had died suddenly aged 72 of a heart attack.

I left the house and walked back to the ocean beach and stared at the waves for what seemed an eternity. A good man had passed. I believed Donal O’Dowd was finally with the parents and grandparents he so loved and was so devoted to. I thanked him for inspiring me, for showing me the right way and I hoped he heard me somewhere out there. What he accomplished in his life set an example for all his children and I know he and my mother would be proud which matters more to me the older I get.