For Donald Trump all roads lead to Russia

Each crisis the Donald Trump White House has faced to date has been of its own making. 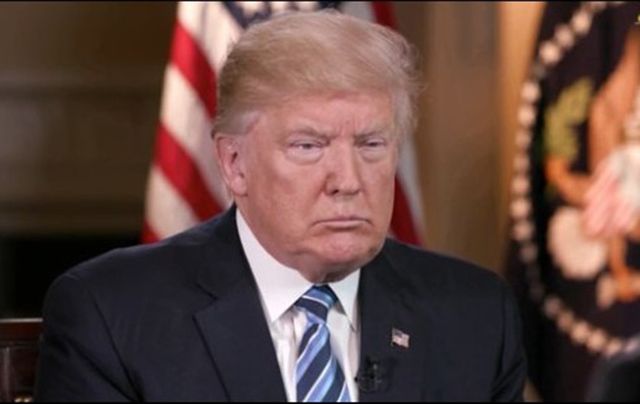 This seems like an opportune moment to deliver this important reminder: Each crisis the Donald Trump White House has faced to date has been of its own making.

Why, it’s almost as if giving the job of commander-in-chief of the United States of America to an impulsive celebrity with a diminished attention span was a foolhardy undertaking.

On Monday national security circles were convulsed by a Washington Post report that informed them that in the course of general chit chat at the White House, President Trump leaked highly classified intelligence to the Russians.

Just a day after dismissing James Comey, the former director of the FBI, Trump was rolling out the welcome mat in the Oval Office for Russian Foreign Minister Sergei Lavrov and Ambassador Sergey Kislyak, the former the minister who reportedly oversaw the hacking of the U.S. election and the latter reportedly the top Russian spy.

The meeting was photographed by the Russian news agency TASS although all U.S. news outlets were barred from attending, as Trump voluntarily told his two foreign guests the details of a new Islamic State terrorist threat involving laptops on airplanes.

For most governmental employees, revealing this sort of information would be considered illegal and even treasonous.  As president, however, Trump is permitted to divulge highly classified government secrets, but it is unwise to reveal them to the Russians and it seems clear he did not grasp the potentially dangerous consequences for our security sources.

Exposing critical pieces of intelligence can blow the cover of the men and women who compile it, security experts say.  Foreign governments can extrapolate back from the intelligence received to the source that supplied it with breathtaking speed, putting lives at risk they say.

Let’s also pause here to reflect that if Hillary Clinton had leaked classified information to a senior Russian diplomat and spy, Republicans would be drafting the Articles of Impeachment right now.

“Lock her up!” Trump had chanted over the allegedly Russian hacking of her email server. What does he tell himself about his own careless surrendering of critical intelligence to Russian diplomats?

To observers and even supporters, it seems this White House is in disarray.  In just one disastrous week Trump has fired the man who was overseeing the FBI investigation into the Russian ties to his presidential campaign. The next day he met with two of the most senior Russian envoys in the Oval Office, the very men who had imperiled Jeff Sessions and Mike Flynn’s positions.

Then Trump willingly and unbidden offered them top secret intelligence about the Islamic State. “I get great intel,” he boasted to his Russian guests, and then he gave them a top-secret example.

With these words Trump shared more information with the Russian ambassador than we do with our allies.   Comey must be wondering if he’ll even get the chance to testify before Trump’s volatility unravels his presidency.

Read more: Undocumented will not be deported due to Trumpcare, says Massachusetts AG

“It is all kind of shocking,” a former senior U.S. official who is close to current administration officials told The Washington Post. “Trump seems to be very reckless and doesn’t grasp the gravity of the things he’s dealing with, especially when it comes to intelligence and national security. And it’s all clouded because of this problem he has with Russia.”

Since Trump now apparently trusts Russian news agencies more than our homegrown press, we had to get news of the latest breach second hand. And why were American reporters not allowed to report on the Russian visit to the White House?

Because a day earlier they had reported on the shocking firing of Comey and the president didn’t feel like explaining whether he was attempting to cover up the investigation, nor did he welcome their reporting of what he reportedly calls “the Russia thing.”

During his meeting with the two Russians Trump reportedly divulged specific methods of a new Islamic State terrorist plot and how much harm the attack they were planning could cause under varying circumstances.

Even more alarmingly, Trump then revealed the city in the Islamic State’s territory where the U.S. intelligence partner had detected the growing threat. That kind of blunt admission can pinpoint espionage operatives with the accuracy of a fingerprint, security experts say.

What this means is that Russians no longer need to hack our government computers to influence the course of our elections now, since our president is now willingly giving the information away for free himself.

It’s a disaster that is born out of his own impulsivity and unfitness for office. And it will not end until he steps down.