A look at the fascinating life of Irish American Edmund Michael Burke. 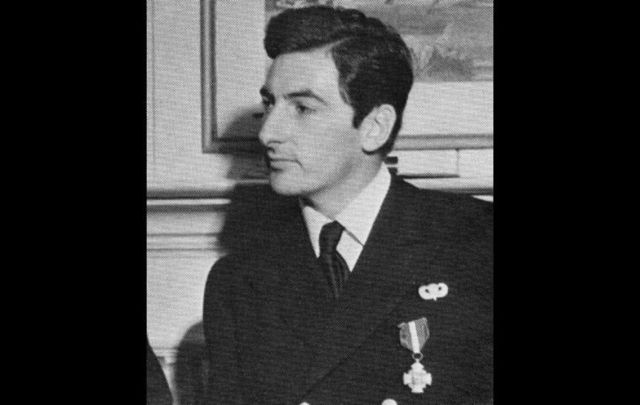 Irish American Edmund Michael Burke went from being a war hero to a Yankees executive before retiring to Co Galway.

When I was a kid, I spent way too much time playing baseball and listening to all kinds of really loud music. The only mask I ever had to worry about wearing was a catcher’s faceguard, when I occasionally had to squat behind home plate, hoping the batter didn’t crack me on the backswing.

These days, you have to grab your Covid mask every time you leave the house, and the Yankees -- as of this week -- have not won a World Series in over a decade.

And Eddie Van Halen and Whitey Ford are dead.

One of my favorite pastimes in the old days was to collect New York Yankees yearbooks, which were packed with stats, stories, and photos. Oh, the photos.

How could you forget those old 1970s headshots, not just of the Yankees players but the executives? Guys I never knew or cared about. Which made it even funnier that they showed up on photo day looking like that!

I vividly remember this guy Michael Burke, who was clearly a big deal in the Yankees organization. But how did anyone take him seriously, looking the way he did?  He must have been, like, a distant relative of brash Yankees owner George Steinbrenner. Because nobody who had any valued skills or experience could possibly walk around looking like that.

“Many people have exciting and varied lives -- and then there was Edmund Michael Burke,” writes Scott Anderson in his fascinating new book The Quiet Americans: Four CIA Spies at the Dawn of the Cold War.

The guy with the sideburns, it turns out, was also a “star athlete, black ops commando, Hollywood screenwriter, ladies’ man, spy. On a personal level, (Burke was) friends with Ava Gardner, Muhammad Ali and Eleanor Roosevelt; drinking buddy of Ernest Hemingway, Gary Cooper, and Mickey Mantle.”

All this before becoming a honcho with the Yankees -- and the New York Knicks? That is, until he returned to Ireland, where he'd spent time with his grandparents as a kid, when he retired to a 500-acre estate in Aughrim, Co Galway. To write his memoirs!

Nice work if you can get it.

Born in Connecticut to an Irish Catholic family, Burke earned an athletic scholarship to the University of Pennsylvania, where he played football. During World War II, he was in the Navy, serving in Italy and France, where he worked with the anti-Nazi resistance which served him well when it came to all sorts of post-war cloak and dagger CIA operations.

Burke and his fellow spies were present at the birth of a new world order. The U.S. felt that as a victor following World War II, it had to start dabbling in all sorts of hot spots around the globe. In Burke’s case, Albania, Poland, and Germany, trying to ward off the communist influence of the Soviet Union.

All of this may sound dashing and fun, or ancient and irrelevant. But it got very ugly and bloody. Quickly. That is a lesson it’s never too late to learn.

“He was just heartsick over Vietnam,” Burke’s daughter Patricia once recalled.

Anderson writes, “The experience of sending countless young volunteers off to their deaths in the infiltration operations of the early Cold War surely informed (Burke’s) opinions about the Vietnam conflict.”

By the mid-1960s, “Burke became active with a group called Businessmen Against the War,” and even “took to the pulpit of a New York City church to take his turn reading off the names of American war dead.”

The old days were not so innocent, after all. And Burke was brave enough to forthrightly confront the most pressing -- and deadly -- issue of his day. There’s a lesson in that for many of us, still, today.