Tom Deignan takes a look at the lighter side after a week of bad news. 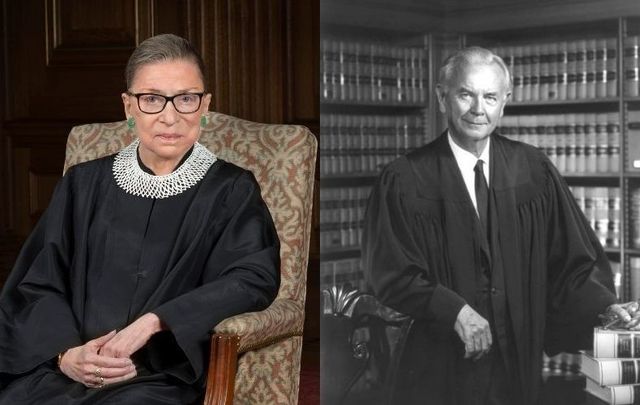 Just when you thought things couldn’t get any uglier…

*Editor's Note: This column first appeared in the September 23 edition of the Irish Voice newspaper, sister publication to IrishCentral.

You know what’s going on in the world right now? Nothing good! Wildfires and hurricanes, coronavirus and more hurricanes, unemployment and closed schools, and so many damned hurricanes they’re running out of letters in the alphabet to name them!

And then Ruth Bader Ginsburg, the pride of Brooklyn’s James Madison High School, died at the age of 87. Leaving a vacancy on the Supreme Court. Weeks before what was already the most polarizing, intense, and enraged presidential election campaign in recent memory.

So this week I’m going to go positive. Because there’s going to be so much ugly stuff coming in the next few weeks.  From both sides.

Republicans, for example, looked awful bad back in 2016 when they refused to take up the Supreme Court vacancy after Antonin Scalia’s death because the presidential election was -- wait for it -- nine months away!

Suddenly, in 2020, it’s no problem at all filling this vacancy, even if there is an election less than nine weeks away.

But Democrats can’t get all high and mighty.

She’s a New Orleans native, and graduate of St. Mary’s Dominican High School, founded by seven nuns from Cabra, Co Dublin, to serve the generations of Irish immigrants who would make the southern port city their home.

Back in 2017, Barrett faced questioning when she was up for a seat on the 7th Circuit Court of Appeals.

That’s when California’s liberal Democratic Senator Diane Feinstein decided it was time to sound like a good-old-boy Baptist minister from back in JFK’s day.

“Why is it that so many of us on this side have this very uncomfortable feeling?” Feinstein asked, suggesting a devout Catholic like Barrett simply could not separate her faith from her duties.

“The dogma lives loudly within you,” Feinstein also stated.

Yikes. What’s next? Ominous musings about scheming Jesuits and secret tunnels to the Vatican?

No. Feinstein merely felt the need to point out: “Dogma and law are two different things. I think whatever a religion is, it has its own dogma. The law is totally different.”

You know who else played this 19th-century papist card, right? Democratic vice-presidential candidate Kamala Harris, who decided that a different conservative judge might be a problem because of his membership in the Knights of Columbus. Which was founded, in part, to protect Catholic immigrants from bigots.

Did we mention that Kamala Harris is also a child of immigrants who have faced nastiness from bigots?

But no! Let’s set all of this ugliness aside. Or save it for what is surely going to be a nasty debate on September 29 between Donald Trump and Joe Biden.

Instead, let’s take a moment and reflect on something positive. Let’s reflect on another child of immigrants -- Ginsburg -- who made it all the way to the highest court in the land. And during her time there, she served alongside two other children whose parents were immigrants, from Italy -- Samuel Alito and Antonin Scalia.

And for a few years in the mid-1990s, Ginsburg also served alongside the child of immigrants from Roscommon -- William Brennan, one of eight kids raised in Newark, New Jersey.

In fact, the Supreme Court may well be one of the most elite institutions in America. But for quite a few years now, it has been made up entirely of people from historically marginalized groups -- Catholics and Jews, Hispanics and African Americans.

For all of the anger sweeping across the land, that type of progress really should be acknowledged more often. Because if that is not progress, what the heck is?

And if having people like Ruth Bader Ginsburg -- and William Brennan -- on the Supreme Court has not actually changed this country for the better then, really, why bother fighting at all?