Irish American straight-talker’s new book "Why We Don't Suck: And How All of Us Need to Stop Being Such Partisan Little Bitches." 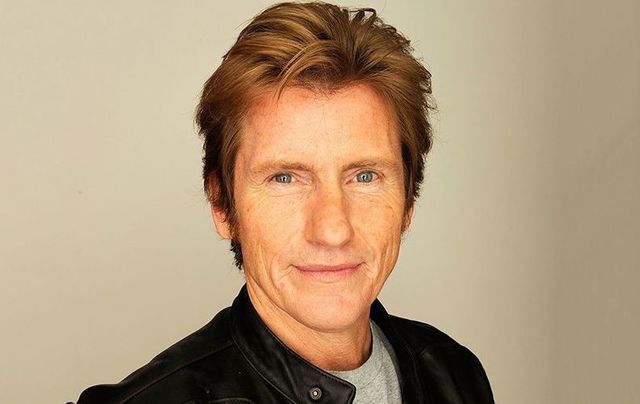 Irish American straight-talker’s new book "Why We Don't Suck: And How All of Us Need to Stop Being Such Partisan Little Bitches"

Denis Leary is back with a new book that diagnoses where America's at and what we need to do about it. "Why We Don't Suck: And How All of Us Need to Stop Being Such Partisan Little Bitches" takes a look at our hyper-partisan political scene and challenges us to wake up and smell the covfefe. Cahir O’Doherty takes a look the Irish American funnyman's latest tome.

Fame is killing America says Denis Leary, and for once this son of immigrants from Co. Kerry is not kidding.  From Donald Trump to Caitlyn Jenner we're drowning in B-List celebrity bulls***, and our institutions were not built to withstand it, he warns.

Where America finds itself now is the very predictable result of putting smart phones into the hands of stupid people, he adds, marvelously. Nowadays we have groundbreaking technology that puts all of human experience at our fingertips, and what do we use it for? To check in on Taylor Swift's latest beef with Katy Perry.

Worse, he says, fame is killing our democracy. It's eating up our presidential system as our top political posts are handed on now from father to son because of brand recognition, and not because they have the right skills or the temperament for the tough job.

In his new book, "Why We Don't Suck: And How All of Us Need to Stop Being Such Partisan Little Bitches," Leary, 60, claims that both his Democratic and Republican friends have lost their sense of humor. The last election was just too divisive, and we're still not over it.

Cover of Why We Don't Suck: And How All of Us Need to Stop Being Such Partisan Little Bitches by Denis Leary.

“My Republican friends think that Sean Hannity is God and my Democratic friends think Rachel Maddow is the Virgin Mother. It's insane,” Leary told press this week.

“Nobody's talking to each other. So I wanted to write about the real issues: racism, sexism, fake news and guns, and in the process make everyone laugh their asses off and remind them that there's common ground.”

Between bouts of skewering our lightweight leaders Leary can also be surprisingly emotionally direct. “I still see Lady Liberty as my mom and dad first did when passing by her on a boat as they arrived in New York harbor from Ireland in the 1950s: full of promise and potential. Welcoming every color, creed, and creative impulse,” he writes.

It's not all snark, in other words.  Underneath all the baby boomer cynicism there's a sliver of idealism.

Raised in Worcester, Massachusetts, Leary has kept faith with his Irish American hometown in his search for common ground in a sorely divided nation. That pursuit is the great work ahead of us now, he says.

If at times he laments that ever growing political divide, more often he mocks it mercilessly, as well as the slippery political hacks who have exploited it shamelessly to further their own ambitions at the expense of the nation. (Kellyanne Conway, he's looking at you.)

Social media is an important new tool Leary reminds us, but what do most of us use it for? To send Twitpics of our cupcakes, or worse. Not to mention the Instagram pics of what we made for dinner.

Even Leary himself confesses he eventually chimed in on how to end the Swift-Perry feud. “Make them both listen to an Aretha Franklin song,” he wrote, “and suddenly realize, holy s***, we both suck.”

Right now fictional leaders like Julia Louis Dreyfus get more done in one season of the TV show "Veep" than our real life leaders manage in four, he reminds us. On TV people get still things done in America. Congress is where all the good ideas go to die.

Trump and Hillary Clinton both come in for a bipartisan bashing (for the record he reluctantly voted for her). Riffing on the title of Clinton's book "What Happened," Leary asks, when exactly will Hillary blame herself for what happened?

Because Leary knows what happened: Michigan, Wisconsin and Pennsylvania happened. “Plus a server wiped so clean it might as well have been a free ad for BleachBit,” he snorts. “How much do bridal party yoga pants cost? Three f***ing states.”

Meanwhile, Trump is now the host of the ultimate reality TV show: "The Celebrity President." It's a fact that has alarmed liberals and conservatives alike, Leary argues.

But unlike his buddies, he doesn't see the end of the world approaching. If anything, he writes, it proves the strength of our system. If a man that abundantly unfit, flawed and thin-skinned can become president, anyone can.

“Donald Trump isn't really a billionaire, but he played one on TV,” Leary writes. “I played a FDNY firefighter on TV. Do you want me to pulling up in a ladder truck when your house is on fire? No. All I'm going to do is curse the flames and light a cigarette off some smoldering debris,” Leary writes.

Point taken. “At his inauguration, a president who sells ties made in China ranted about other countries stealing American jobs to rabid supporters wearing Make America Great Again hats manufactured in Vietnam,” he writes. “You can't make this s*** up.”

American reality is now so far over the top that screenwriters would be accused of absurdity if they even attempted to write what actually happens he writes.

“A rich guy who never swung a hammer in his life gets elected by convincing people who make, transport and swing hammers for a living that he actually has something in common with them...”

To tackle this new age of celebrity excess, why not make a virtue of necessity, Leary asks? America invented reality TV, but we just need to use it better – as in, maybe our next president should be elected via a reality show. Instead of "American Idol" we need a new presidential push that can actually get citizens watching and participating, so call it "The Amazing Presidential Race!"

Leary doesn't just bring the funny in his new book, though. He also has Trump's number.

The problem with Make America Great Again was its resonance with a lot of people in this country who don't like progress, he writes. “Or black people. Or Jews.”

Beneath all the cynicism, it's hard not to miss Leary's love for this maddening, marvelous nation. The proud son of Irish immigrants, he stands with Dreamers and against Trump's border walls.

Meanwhile, his eye is on 2020 and he has the ideal candidate. “You're not going to beat Trump with Bernie Sanders or Elizabeth Warren,” Leary says. “It'll have to be someone famous.”

His choice for president is insane he says, but it's true.  Of the top 10 most trusted people in America, eight out of 10 of them are actors. The first three on the list are Tom Hanks, Sandra Bullock and Denzel Washington.

“I don't know the other two but I know Sandy, we started out together. One time I told her, ‘Listen you've got 20 minutes to get booze. Go to the liquor store and get one vodka and one whiskey.’ She came back in 15 minutes with change and four bottles of each. That's a woman you can trust. Sandy for President 2020.”

"Why We Don't Suck: And How All of Us Need to Stop Being Such Partisan Little Bitches" is now available from Crown.