Former First Minister of Northern Ireland David Trimble has revealed that he has reversed his stance on LGBT rights in the wake of his daughter's gay marriage. 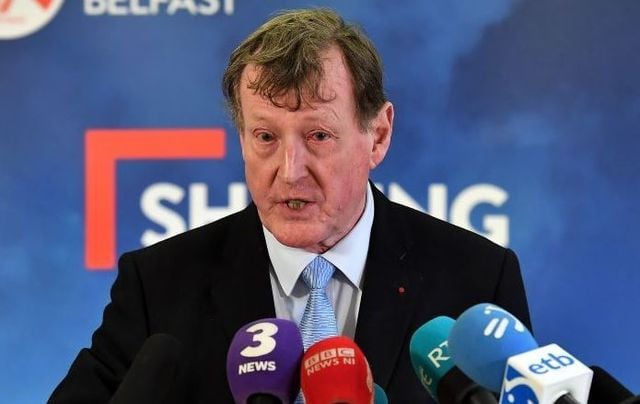 The 74-year-old peer admitted in the House of Lords last week that he was forced to change his mind about gay partnerships when his daughter and her girlfriend became engaged and married at a ceremony in Scotland in November 2017.

As leader of the Ulster Unionist Party, Trimble frequently voted against moves to liberalize marriage rules when he was an MP.

His admission about a change of mind came during a Lords debate on the introduction of same-sex marriage in Northern Ireland.

Trimble, one of the architects of the Good Friday agreement, revealed how his views had changed.

“Those are delicate matters. I have found myself taking a particular position with regard to same-sex marriage, which was forced upon me when my elder daughter got married to her girlfriend,” he said.

“I cannot change that, and I cannot now go around saying that I am opposed to it because I acquiesced to it. There we are.”

Read More: WATCH: This Pride video from Dublin Bus about senior LGBTQ+ people is a tearjerker

In a Facebook post soon after her father made his comments, Vicky Trimble said, “I’m a little surprised at Dad’s wording as he has been supportive of our relationship ever since he encountered Rosalind Stephens coming out of the bathroom wrapped in a duvet.”

Later, she added to The Sunday Times, “A lot of people who think they are against same-sex marriage may never have encountered someone who is gay.”

She said her father had been against same-sex partnerships “and now he has had that personal experience, he realizes it is just like any other relationship.”

The Lords debate, to be continued this week, was on an amendment to a resolution in the lower House of Commons that same-sex marriage and abortion – only available in Northern Ireland in very restricted circumstances - be introduced by Westminster if the devolved power-sharing administration at Stormont is not reinstated by October 21, 10 days before the UK is scheduled to exit the European Union.

On the abortion issue, more than 15,000 signatures were collected over 48 hours last weekend in Northern Ireland against the liberalization of the region’s strict laws.

The letter called for politicians and the public in the region to be consulted before any changes are made to abortion legislation.

She said, “Successive opinion polls and studies have consistently shown that the majority of the Northern Irish public are in favor of abortion law reform, including decriminalization.

“A recent poll commissioned by Amnesty demonstrates that 66 percent want to see Westminster legislate for change in the absence of devolved government.”