The Dublin-born actor is horrified at the prospect of a hard border dividing the North from the Republic and fears the worst if it returns. 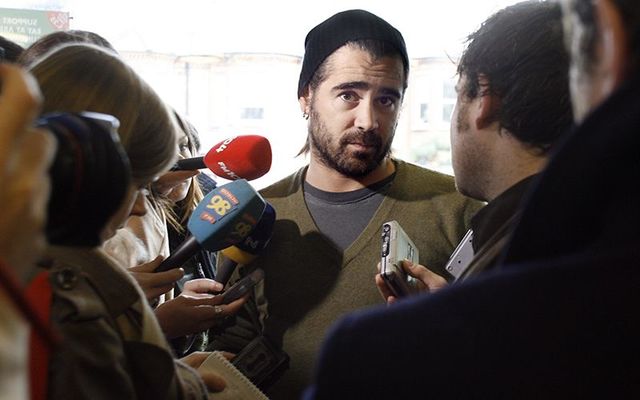 Colin Farrell is no fan of Brexit. The Dublin-born actor is horrified at the prospect of a hard border dividing the North from the Republic and fears the worst if it returns.

Going back to the way things were could have catastrophic consequences, Colin warns.  At 42, he’s well able to remember the bad old days.

“The idea that, you know, a hard border and armed guards will be there on the border, dividing a line between north and south is…I think the implications of it, and I think how that would galvanize people, who still have maybe a little bit of doubt as to the worth of the peace process, I think it would galvanize them in a very unfortunate way, and I just think that has to be at all costs avoided,” Colin warned.

The positive relationship between the Irish and British, he feels, will survive no matter what.

“I think we’ve come too far and I think we enjoy a relationship that is born of a lot of hardship in the past that we have fought hard, and dealt with decently to get through, that I don’t think it will shatter that, but the hard border has to be avoided at all costs,” he added.

Meanwhile, Colin says that his upcoming film "Dumbo", due in theaters on March 29, won’t be too cutesy.  After all, it’s directed by Tim Burton, well known for his offbeat filmmaking.

“Tim is suspicious of things getting too sweet,” Colin offered.

Do you share Colin Farrell's concerns? Let us know in the comments section below.