Brexit could spell disaster for Irish film and arts industry

Britain leaving the European Union could spell disaster for some of the biggest TV shows in the world right now. 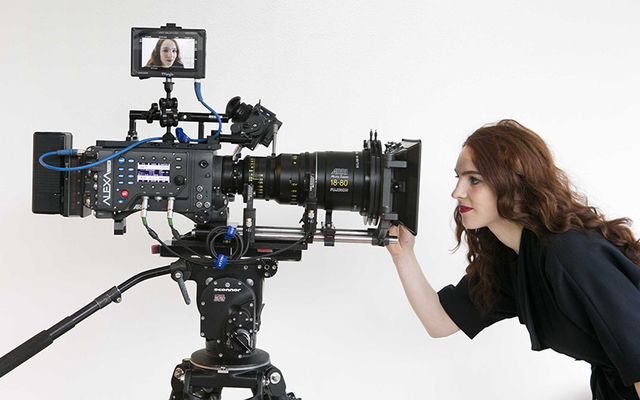 Britain leaving the European Union could spell disaster for some of the biggest TV shows in the world right now. RollingNews

Thanks to Brexit, cooperation between the film industries in the Republic and Northern Ireland is under threat. It could spell disaster for some of the biggest TV shows in the world right now like Game of Thrones, which returns to our screens for its seventh season on July 16. Cahir O'Doherty looks at the alarming backstage drama that has the Irish film and TV industry totally riveted.

Winter could be coming for the Irish television and film industry north and south soon. Thanks to Brexit, shows like Game of Thrones that are partly filmed in Northern Ireland could soon become logistically and financially much harder to produce.

When Britain eventually leaves the European Union two years from now it will take Northern Ireland with it (despite the fact that the majority of voters there voted to remain), creating an as yet untold number of challenges for north and south cooperation.

This means that funding from the EU’s economic development fund to spur growth across the union will eventually end, leaving Belfast-based filmmakers at a loss since they can no longer use it to help defray their own production costs.

The knock on effect means that HBO, which produces Thrones, may look further afield when the kind of spectacular natural locations that have defined the hit show are required.

We are not talking chump change either. Over the last decade British film and television shows were granted over $32 million from EU bodies that assist cultural and film projects.

Alongside the funding challenges there are serious logistical ones. Currently there are no restrictions on actors working on both sides of the border.

“Actors are passing north to south and south to north on a daily basis,” Padraig Murray, president of Irish Equity, told a conference in Belfast last week. He wants that to continue.

“Down south, we have actors from all over Europe living and working in Dublin and the same thing applies here in Belfast. The largest production in the world, I think, currently is being shot here, Game of Thrones.”

Murray added that Brexit could adversely affect the History Channel show Vikings, which is filmed in the Republic and is also a ratings smash.

“Game of Thrones provides great work for actors down south that move up north to work on that production. And then down south, we have Vikings being shot, so a hard border will have a huge impact on that sort of thing.”

It's becoming clearer as the weeks progress that there is nowhere that Brexit will pose more challenges going forward than Ireland, north and south. In fact, right now it is hard to see what good it will actually do, although the potential damage it could create is remarkable.

From the return of customs posts, security checkpoints, speed ramps, military patrols, tariffs and border checks, undoing all the progress of the last 20 years under the peace process, to the grave damage Brexit could do to the spirit and letter of the Good Friday Agreement, it’s hard to see a silver lining at the moment.

Given the scale of the threat, you would think that some clarity would have emerged from the relevant government sources by this point.  However, they seem to be as perplexed as the rest of us about how to square this circle.

Ironically, the plot of the forthcoming season of Game of Thrones is now mirroring the challenges of a hard Brexit: all the pieces have been assembled, all the various houses are girding for battle, the chess board awaits the first moves, but no one seems to have the first clue where the story will end up or who will ultimately prevail.

If there’s one thing that a film production company hates, it’s prolonged uncertainty about a location and its logistics. The not knowing is in itself already an unwelcome result.

Sensing the opportunity for backdoor cutbacks, the Irish Congress of Trade Unions (ICTU) has already expressed its concern that Brexit should not be used “as a pretext to dismantle hard-won workers’ rights and protections, or to drive down employment standards” in the film and television industry generally.

ICTU incoming president Sheila Nunan told the organization’s biennial conference in Belfast last week that there was a real danger of sleepwalking into Brexit. Doing so would be catastrophic, she added.

Perhaps most striking of all for the current prospects for Ireland, not a single delegate at the Belfast conference spoke in favor of Northern Ireland leaving the EU.

Liam Gallagher, chair of the Irish regional executive Unite, said that Northern Ireland currently gets a $9 billion subsidy over and above its own tax base each year for EU funded initiatives that include skills and education. “Anyone who believes that the U.K. would honor that subsidy after 2020 would need their head examined,” he told the conference.

Alongside securing comparable revenue streams to the EU’s, the next big question is freedom of movement. A curb on the Common Travel Area between the Republic and the North could be scuppered by a so-called hard Brexit.

Foreseeing all of the problems that have now to be solved, the audio-visual production industry in the U.K. was soundly against Brexit in the run-up to the historic referendum.

Leaving the EU could tear up the UK’s longstanding relationships with European financiers and film distributors they warned, and the lingering uncertainty about cross border cooperation could prevent films from receiving the go-ahead in the first place.

Although HBO has recently said that Game of Thrones will be safe from Brexit because the funding it receives to film the show in Belfast’s Titanic Studios comes from Invest NI rather than the EU’s European Regional Development Fund, other shows may not be so lucky going forward. The real test will be if HBO’s recently announced Thrones spin-off is filmed there.

It seems incredible that the most basic questions about how far reaching Brexit will be in terms of the Irish audio-visual industry remain wholly unanswered, but that in fact is the case.

Both Vikings and Game of Thrones feature Irish and British actors who may soon find themselves negotiating unwelcome new restrictions on their movements.

The countdown is on - Winter is coming. Explore the realm with these Northern Ireland Game of Thrones sites: https://t.co/m8GzQsbrqE #GoTS7 pic.twitter.com/JAHQBhs1Hg

Prominent players in the industry, more alert to the dangers, were among the first to sign letters in support of the “remain” position before the Brexit referendum last year. Now those same players, like Emilia Clarke, who plays the would-be queen of Westeros Daenerys Targaryen in Game of Thrones, feel that the threat to creative professionals has actually grown rather than diminished.

Clarke, who recently lost her father, told the press that his passing and Brexit had a deep affect on her. “The world felt like a scarier place once my dad wasn’t in it. And then those two things happening in quick succession threw me off balance and made me re-evaluate who I am,” she said.

For Irish creatives working in other arts sectors like the visual arts, theater and performance, showing their work in the U.K. and just traveling there in the near future could become more costly thanks to anticipated changes in VAT regulations.

And artists working in border communities are likely to be the hardest hit of all, since revived restrictions on their freedom of movement and cuts to border area funding streams would revive their memories of the bad old days.

If there is a silver lining to be found in any of this, now would be a terrific time for the two governments to unveil it.