Boris Johnson referenced Oliver Cromwell's statue when he wrote that we shouldn't be "sucked into the never-ending debate" about which statues are "politically correct" enough to remain standing. 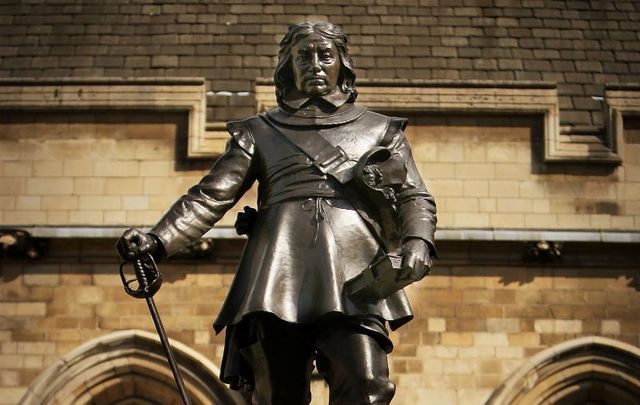 The statue of Oliver Cromwell in London. Getty Images

British Prime Minister Boris Johnson said it would not be right to remove a statue of Oliver Cromwell despite the fact he “killed so many thousands of people in Ireland.”

Boris Johnson, writing on Facebook on Sunday, condemned the potential for attacks on the Winston Churchill statue in London, saying it is “absurd and deplorable to suggest the statue should be removed."

It was utterly absurd that a load of far-right thugs and bovver boys converged on London with a mission to protect the...

Stating that he understands "the depth of feeling that has been exposed" by the murder of George Floyd by a Minneapolis police officer on Memorial Day, which sparked protests and riots around the world, Johnson went on to say that we should not be "sucked into the never-ending debate" about which statues are "politically correct" enough to remain standing.

Referencing Oliver Cromwell, a figure despised in Ireland for the brutal settlement he led which killed thousands of innocent Irish civilians in just nine months, and whose statue stands outside the U.K. Houses of Parliament, Johnson wrote, "Where will it end? Are we supposed to haul down Cromwell who killed so many thousands of people in Ireland?"

Defending Churchill, whose actions led to a famine in India which killed up to three million people and who described Indians as "a beastly people with a beastly religion,” Johnson said his views "changed with the times,” later building a Mosque in Regent's Park.

"He was a hero, and I expect I am not alone in saying that I will resist with every breath in my body any attempt to remove that statue from Parliament Square, and the sooner his protective shielding comes off the better," Johnson wrote.

Rather than removing the statues of slave traders, imperialists, and known racists, Johnson suggests instead adding statues of minority men and women "who helped to make our modern Commonwealth and our modern world," adding, "Isn't that a more cheerful approach?"

Johnson's post followed a wave of calls, and some direct action, for statues celebrating slave traders to be removed as part of the anti-racism demonstrations taking part across the world.