America must pull back from Trump

Put simply, Trump is the worst danger to democracy in the history of the United States. 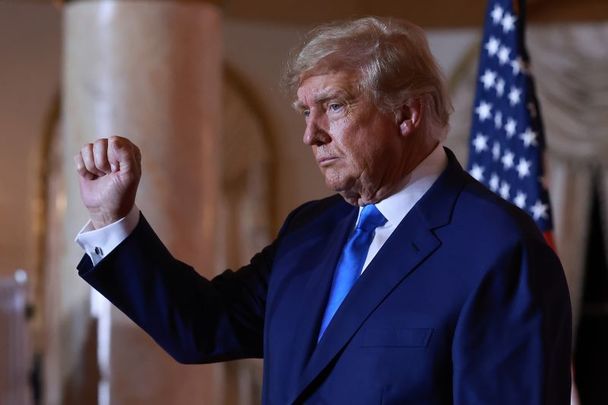 He was a controversial president, utterly mishandling the Covid crisis and for a time denying its existence, using the military for his own purposes and helping destroy the Amazon region by allowing whole forests to be felled while ignoring the peasant population of the Amazon basin which suffered greatly.

Bolsonaro’s greed and corruption were on the Trumpian family scale, and the two would-be dictators often sought each other’s company. Yet in the end, Bolsonaro proved himself more of a patriot to Brazil than Trump ever proved to America.

Called upon to refuse to accept the election results by, among others, Trump’s friend the neo-fascist Steve Bannon, Bolsonaro showed his respect for the ballot box and for his own people and stepped aside.

He made one perfectly legitimate appeal to the Brazilian Supreme Court as he was entitled to do and accepted its unanimous refusal to even look at the case. Clearly, there was no Clarence Doubting Thomas type on the Brazilian bench.

In fact, Bolsonaro didn't even contest the result in the end, despite having thousands ready to fight for him including the powerful truckers union which blocked key highways for days before Bolsonaro made clear he was accepting the result that saw Lula da Silva win the presidency fair and square.

Up to that, a coup was clearly a possibility, a not-too-unusual occurrence in a country that was once ruled by the Brazilian Army and suffered dictators on many other occasions.

Bolsonaro knew the institutions in his country are feeble, but he chose not to test them and acted as a democrat.

Contrast that with the mortal enemy of democracy, Trump, who has a bunch of babbling losers mouthing full support for his still continuing attempts to prove the 2020 election was rigged.

Many of his political candidate followers formed a chorus line of deniers in this week’s midterm elections, incapable of understanding the damage they were doing to the greatness of America.

These have not been good times for Trump. Across the Atlantic, another right-but-wrong pal of Trump suffered his political demise when he tried to launch a bid to return to his old job as prime minister just a few weeks after he had been drummed out.

The UK’s Boris Johnson is no Trump, but the autocratic attempt to reimpose himself on the British people certainly had the feel of a very British plot.

Then there was Trump’s pen pal and potential lover, judging by their correspondence, Kim Jong Un, who was feeling left out of the action so he began chucking missiles at close targets in Japan and South Korea. It seems all that stuff about best buddies has fallen by the wayside.

Should we mention the antics of Trump’s BFF Putin as well and how that deep relationship has soured?

With Trump now ready to declare a nightmare third run for the White House, you wonder how much of his destruction America can take. Put simply, Trump is the worst danger to democracy in the history of the United States.

Shamefully, there are those who will never pull back the curtain and reveal the fraud within. Maybe Bolsonaro could make a call and tell him how real democrats do it.

*This editorial first appeared in the November 9 edition of the weekly Irish Voice newspaper, sister publication to IrishCentral.