Are you ready for African American’s reparations?

If descendants of African American slaves are to receive reparations what about those of oppressed Irishmen? Or should they? 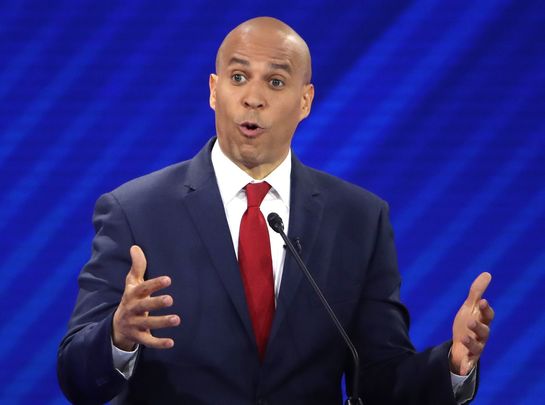 If descendants of African American slaves are to receive reparations what about those of oppressed Irishmen? Or should they?

We're down to a dozen or so Democrats vying for the White House, and last week they were up on the stage bickering, Julian Castro picking on old Joe Biden, while even older Bernie Sanders jousted with Elizabeth Warren, even if there is really no way you can disagree about providing “Medicare for all.”

I mean, is one for “all” more than the other?

The most recent Democratic debate was held at Texas Southern University and that is important. TSU is an HBCU -- historically black college or university.

African Americans are a significant voting bloc in the Democratic Party, so it's no surprise Democrats would conduct a debate at a school like this.

What is surprising is that while the most sizzling of hot button topics did come up, it didn’t get all that much play afterward.  Trust me, it will soon have to be dealt with. There will be lots of shouting.

I’m talking about reparations. The idea that billions and billions of dollars should be paid to descendants of African American slaves, in an effort to alleviate past injustices.

There is already legislation in Congress to study various reparations proposals.  Presidential candidates Sanders, Kamala Harris, Cory Booker, Marianne Williamson, and others have expressed varying levels of support for at least studying reparations.

As you can imagine, this has led to, um, spirited debate amongst Irish Americans.

“I support and thoroughly endorse reparations... so long as the aforementioned Democratic candidates are willing to modify their otherwise inane proposals to include reparations to the descendants of oppressed Irishmen,” John Donald O'Shea wrote recently in Illinois’ Dispatch-Argus newspaper.

Doing his best Jonathan Swift, O’Shea, a retired circuit court judge, proceeded to mockingly support reparations, so as to expose (what he believes to be) their fatal flaws.

“My grandfather came from the ‘Old Sod,’” O’Shea writes. “I think our government should hand out big bushel baskets of $100 bills to every person of Irish descent in America.

“Furthermore, I think the government of Great Britain should also kick in. Because history is no longer seriously taught in our schools, few Americans realize the sad plight of the 19th-century Irish small farmer, both before and after he came to America.”

Just so there is no confusion, O’Shea concludes, “Do I really believe in reparations? No. But if you are going to give them to one group, equal protection should require they be given to any group that America was not fair to at any time.”

Former Fox Newser Bill O’Reilly has also brought up his Irish background while outlining his opposition to reparations.

I have not yet heard an overwhelmingly convincing argument for reparations.  But these Irish Americans better be careful. The experiences of their ancestors actually support the case for reparations.

People generally assume reparations are about slavery -- or (as O’Shea put it) “any group that America was not fair to.”

That’s not quite right. Folks like Ta-Nehisi Coates have argued that reparations are needed because of the vast difference not just in white and black experiences or “income,” but black and white “wealth.”

As bad as the Irish were treated in America, they never really had legal impediments to purchasing property.  That’s the kind of wealth that can be passed down to the next generation.

O’Shea is right that the American education system should spend a lot more time on the struggles of the Irish and other European immigrants.  But at least they were able to easily and legally acquire property.  Not so for African Americans.

The poverty and segregation that followed has resulted in a vast range of complex social problems.  And it’s all documented right there in American law books.

Irish immigrants had it hard in the U.S.  But the law was a friend to the generations that followed.  That was not the case for African Americans.

We are all living with the consequences to this day.