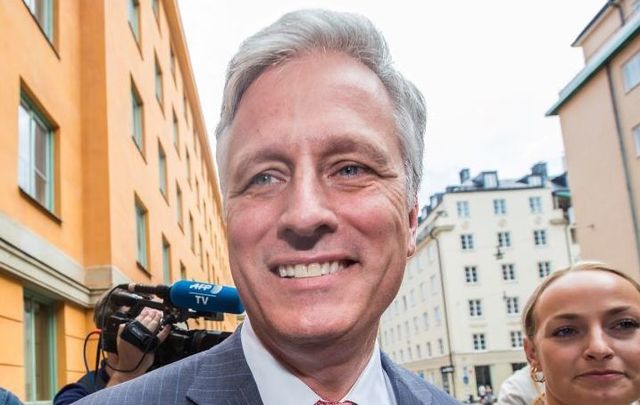 President Trump confirmed the news of his nomination in a tweet on September 18:

I am pleased to announce that I will name Robert C. O’Brien, currently serving as the very successful Special Presidential Envoy for Hostage Affairs at the State Department, as our new National Security Advisor. I have worked long & hard with Robert. He will do a great job!

O’Brien reportedly interviewed for the position with Trump and acting chief of staff Mick Mulvaney last week in the wake of John Bolton’s departure, which Trump confirmed on Twitter on September 10:

....I asked John for his resignation, which was given to me this morning. I thank John very much for his service. I will be naming a new National Security Advisor next week.

Read More: Ireland among countries to issue US travel advisories after mass shootings

O’Brien, who is set to be Trump’s fourth National Security Advisor in three years, most recently served as the Special Presidential Envoy for Hostage Affairs at the US Department of State.

CNN reports that on Tuesday, Trump told reporters on Air Force One: "Robert O'Brien said, 'Trump is the greatest hostage negotiator in history.' He happens to be right.”

In 2018, O’Brien, who is a founding partner at Larson O’Brien LLP, was included in the annual Irish Legal 100, which is compiled by IrishCentral’s sister publication Irish Voice newspaper. The Irish American is on the executive board for the Friendly Sons of St. Patrick and is a member of the Irish American Bar Association in Los Angeles.