Dublin-born actress who is more than equal to the task of conjuring the city in 1904 in a reading that is both profound and playful. 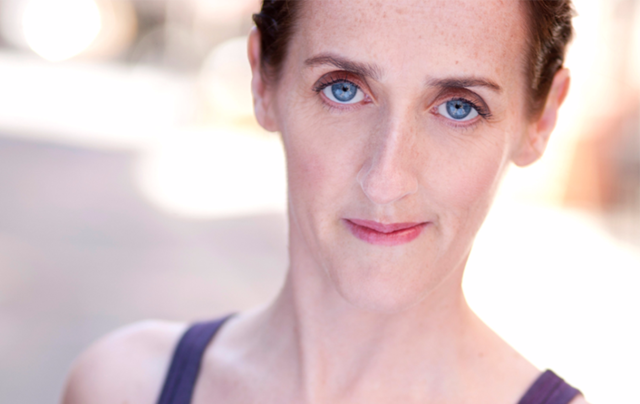 Bloomsday, June 16, is almost upon us. For those who admire James Joyce, the city of Dublin and the modernist book that would define the entire movement, it’s a day to celebrate his world-changing genius and the genius of the Irish.

But for those who have never read a line of Joyce’s work it's mostly a day when minted middle class graduates with uppity accents don Edwardian costumes and get plastered long before noon reading antique pornography. Joyce is full of interesting contradictions. He inspires multitudes.

It’s in some hallowed spot between the academies and the main streets that his most desired readers are still to be found, and awareness that is essential to a greater understanding of his art and achievement.

Read more: The genius of the Irish writer James Joyce - gearing up for Bloomsday

Joyce wanted shop assistants to read him; he wanted to enchant ordinary people on their way to work. So striking the right tone between reverence and malarkey is one of the many challenges that he sets for the interpreters who dare to approach his book of life, the one that his wife once memorably called chop suey.

Aedin Moloney is an accomplished Dublin-born actress who, it turns out, is more than equal to the task of conjuring the city in 1904 in a reading that is both profound and playful.

In her new recording Reflections of Molly Bloom Vol. 1 and 2 Moloney, the daughter of the legendary musician, composer and producer Paddy Moloney, channels Joyce’s most immortal creation just in time for this year’s annual celebration of his transformative life and work.

For those who still don’t know Molly Bloom is the fictional character at the heart of Joyce’s novel, the wife of the long suffering main character Leopold Bloom.

In the final chapter of Ulysses she reproduces an unpunctuated stream of consciousness that’s wholly comprised of her secret thoughts and feelings as she lies in bed next to her husband.

It’s a measure of Joyce’s love for his adored wife Nora, on whom Molly is based, that he submits so nakedly to every imagined compliment and slight she offers, in a manner so unprotected it speaks of the depth of his fascination with both his literary character and own his living wife, making it directly and indirectly one of the greatest declarations of love ever written.

To reignite that hot intensity of love for her husband again she travels further back in time and memory to the place where her youth was spent in Gibraltar, the sunlit landscape where can again reencounter her truest and most passionate self.

She and her father have been collaborating on this very special project for five years now, and remarkably it is the first time ever that father and daughter has worked together.

For Aedin it has been at all times a labor of love, since the eclectic music selection is very close to her own heart. Selecting music that comments on and reflects Moloney’s original vision for the recordings (an exploration of Molly from a female perspective), she simultaneously comments on Bloom’s feelings and secret thoughts as described in the classic book.

It’s an act of ventriloquism unlike anything else in literature, Molly Bloom. Aedin believes that she universally embodies and celebrates all women and all things female, and so she attributes the authenticity of the result to the genius of James Joyce.

But it says something about her own genius and that of her celebrated father that they give new color and dimension to the unforgettable words on Joyce’s page.

Reflections of Molly Bloom Vol. 1 and 2, a double album, is now available on iTunes. A record release party will be held on June 16 at Ulysses Folk House in New York from 1:30-5:30 p.m.  Aedín will be performing sections of Molly’s soliloquy.