Adrian Flannelly was cited for his leadership in New York’s Irish community for six decades at this year's Irish Presidential Distinguished Service Awards. 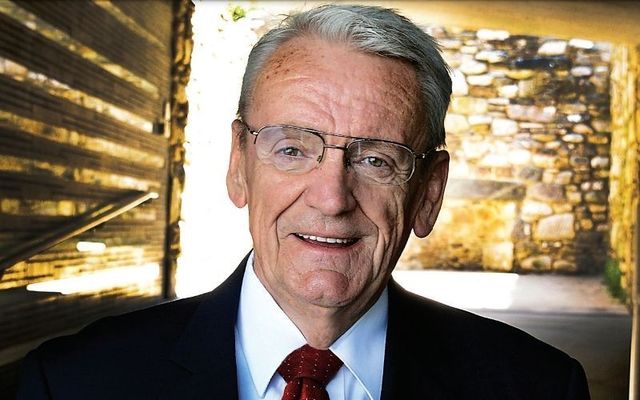 Irish American broadcasting legend Adrian Flannelly, a native of Co. Mayo who immigrated to America in 1959 at the age of 17 and became an indelible and beloved member of the Irish American community, traveled to Dublin last week to receive an Irish Presidential Distinguished Service Award.

The ceremony on Thursday evening at Aras an Uachtarain recognized recipients from both 2020 and this year, from various parts of the world, all of whom have honored their Irish heritage and distinguished themselves in their chosen fields.

Flannelly was cited for his leadership in New York’s Irish community for six decades.

25 outstanding individuals are being honoured today by @PresidentIRL

He has been broadcasting his weekly radio show for more than 50 years and has been active in an untold number of important causes in Irish New York, including the creation of the Famine Memorial in downtown Manhattan. His radio show also led the advocacy efforts for the Irish undocumented in the 1980s and ‘90s which resulted in the creation of the Morrison and Donnelly green card programs.

Introducing Flannelly at the event last week, master of ceremonies Olivia O’Leary said, “He’s been described by the New York Daily News as the dean of Irish radio in the U.S., a status that was affirmed in 2016 when Quinnipiac University conferred him with an honorary doctorate for his extraordinary journalism, selfless advocacy and love of and loyalty to two countries.

“His radio show began at a time when news between Ireland and the United States was not so easily accessed. He provided a welcome and invaluable link for Irish emigrants in America.

"He’s been an active promoter of Irish causes and hugely involved in working with vulnerable Irish communities over the past six decades.”

Flannelly was accompanied to the ceremony by his wife Aine Sheridan, a native of Co. Longford, who is also the executive producer of his Saturday broadcast which can be heard worldwide at IrishRadio.com.