The coastal town of Bunmahon, in Co Waterford, was blanketed in white sea foam after several days of high winds. 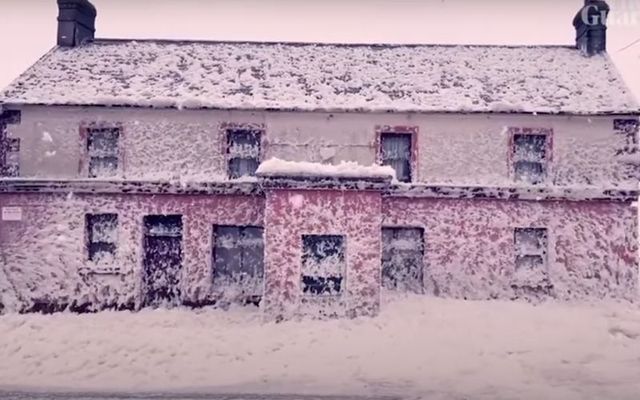 What at first appears to be a wintry scene of an Irish village covered in snow is, in fact, a seaside town blanketed in sea foam.

A village in Co Waterford was completely covered with white, fluffy sea foam after high winds churned up the sea.

In the coastal town of Bunmahon,  the frothy deluge was generated over three days of very strong winds that whipped up the foam and powered the breaking waves along the coastline, Afloat.ie reports.

Sea foam is created by the agitation of sea water containing high concentrations of mostly dissolved organic matter, often from the offshore breakdown of algae blooms. The compounds act as surfactants or foaming agents.

Jody Sutton, a local furniture maker, filmed the incredible scenes of the white foam blanketing the buildings and streets of the village on Sunday, February 14. She told The Guardian, "While sea foam is not uncommon, I’ve never seen this amount before so I had to take a video."

According to Bunmahon locals, the weather phenomenon occurs regularly in the town but rarely generates this amount of foam.

The phenomenon occurs all over the globe, and it has been seen before in coastal towns in Spain and Australia.

Sea foam usually lasts a few days until the rough weather subsides and the foam slowly begins to break down.

Bunmahon is a former mining village on the Copper Coast,  a 25km stretch on the south east coast of Ireland. Today, the village lies on a tourist route.

You can see the incredible footage of the sea foam-covered village in the video below.