What is graupel and why are Irish people talking about it?

Plenty of people in Ireland have learned what "graupel" is over the past few days, thanks to some wintry weather. 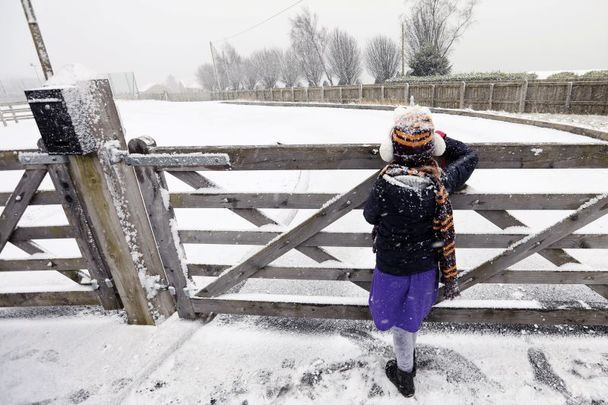 January 24, 2021: A snowy day in the Dublin Mountains. RollingNews.ie

If you’ve been on Irish Twitter in the last day or so, you may have seen the word “graupel” pop up, triggering intrigue amongst all who come in contact with it.

The discussion surrounding the mysterious "graupel" term comes as Ireland is under a Status Yellow weather advisory due to temperatures in the low single figures by day and severe frosts at night, as well as showers of sleet or snow at times in eastern counties.

As the wintry weather descended upon the country on Monday, Carlow Weather, headed up by Alan O'Reilly, reported that "graupel" was falling in some parts of the country:

In case you are wondering what Graupel is, it’s snow pellets which are different to hail. Like shown in photo. pic.twitter.com/ryfxRVcCAC

Turns out, the term "graupel" was new to some Irish people, with one person replying to the Carlow Weather tweet saying "You learn something every day!" and another who said, "Well, that’s a new one on me (and it’s been ‘on’ me on several occasions over the last two days!)"

I was today old when I learned the word Graupel

“I suppose the main difference that people might have noticed is that hail is hard as when graupel is soft when you touch it.

“It’s when water droplets collect around and freeze around a small snowflake that falls from the sky. Sometimes people refer to it as snow pellets, or even I call it snow drizzle sometimes.

“You have to have very cold air, which we have, but you don’t have enough precipitation to be snow.”

A few photos of the graupel that fell here in the last 24 hours. I’m delighted everyone now knows what it is now. When I used the word over the last few years people looked at me weirdly ? pic.twitter.com/ytUfQDAxsM

The fascination with the seemingly previously unknown weather occurrence continued well into the day on Tuesday:

More important information than learning about “graupel” is learning that the Irish for it is “bogchlocha sneachta”. Sufficiently cute. https://t.co/3d0k7k200z

I've written a bible full of bilge about the weather over the years, but never heard the word "graupel" before the bould Alan started using it. It "means small particles of snow with a fragile crust of ice; soft hail". You learn something new every day. https://t.co/YfZpeL3Vtz

I call bullshit on the word "graupel". This word didn't exist before I heard it this morning. It just didn't. This is exactly what I expect from the deep state a vast conspiracy to sneak in a charming new word to unsettle me (they've edited the dictionary and internet)

Santry Cross covered in graupel. Either that or shit tonnes of styrofoam from IKEA just got broken up.

So we're all experts on graupel now are we?