Ireland set for heavy snow thanks to "Beast from the East 2.0"

In 2018, a cold front from Siberia met with a low-pressure system, causing one of the most significant snowfall events in recent Irish history. 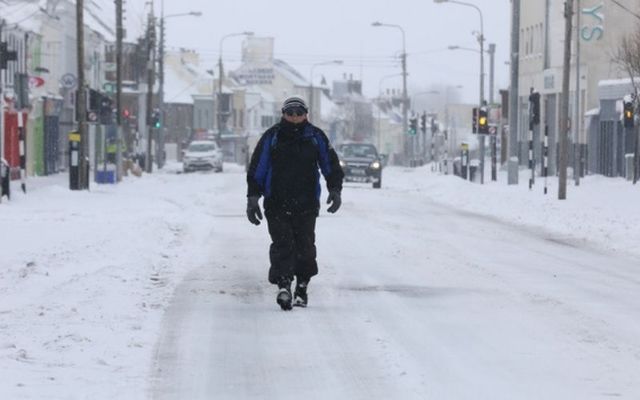 Storm Emma brought the country to a standstill in 2018. Rolling News

A huge snowstorm is set to hit Ireland in the coming days reminiscent of the fierce "Beast from the East" snowstorm that brought the country to a standstill in 2018.

Met Éireann, Ireland's meteorological service, has issued a national weather advisory until Wednesday with temperatures set to plummet to -3C on Sunday evening.

Met Éireann said that conditions will turn progressively colder throughout Sunday, while the cold spell will last "well into next week".

The meteorological service has additionally warned of a significant snow event next week.

A cold front from Siberia is set to move in from the east and meet with a low-pressure system, resulting in heavy snow between Wednesday and Friday, according to Met Éireann.

The national forecaster additionally said that frost and ice will from Sunday onward, with sleet and snow showers also expected on Sunday in the eastern part of the country.

Our weather is expected to turn progressively colder from early on Sunday 7th February, with the cold spell now looking likely to last well into next week.
Read more here in https://t.co/ktXtWjbfIg pic.twitter.com/RsXwjT02xw

The National Directorate for Fire and Emergency Management said that it is liaising with local authorities to prepare for a severe weather response, while relevant government departments are putting contingency plans in place.

Carlow Weather's Alan O'Reilly told the Irish Examiner that conditions could be similar to the Beast from the East in 2018 when Storm Emma raged across the country.

Storm Emma hit Ireland at the end of February 2018 and lasted into the start of March. The storm brought one of the most significant snowfall events in recent Irish history, causing widespread disruptions and forcing people to remain indoors on March 2.

O'Reilly said: "So the potential there I suppose will be in some ways similar to what we saw with Storm Emma, where you have a low system that comes and meets the cold air and stalls and you end up with high accumulations of very heavy snow extending into most areas."