The Copper Coast boasts over 460 million years of geological history along the picturesque and lively coastline. Read more to find out about the wonderful area. 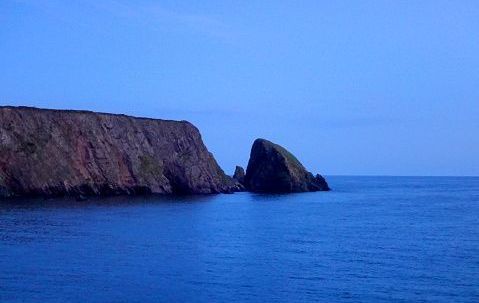 The Copper Coast in Co Waterford is named after the historic metal-mining industry and is now a tourist attraction thanks to the geological history of the area from Palaeozoic volcanism to the last ice age.

In 2001, the area was declared a European Geopark. In 2004, it was named a UNESCO Global Geopark. The Copper Coast stretches 10.5 miles from Kilfarrasy to Stradbally.

The region is known for its panoramic seascapes, cliffs, bays, and coves. In fact, the Copper Coast Road, the R675 stretching from Dungarvan to Tramore, is considered to be one of the most beautiful scenic drives in the world. It’s also known for it’s beautiful, clean beaches such as Clonea and Bunmahon and the village of Bunmahon, Boatstrand, Dunhill, Annestown and Fenor. Tramore, the popular seaside resort, is the best known town along the Copper Coast, but it also has a wealth of “undiscovered” secluded coves and beaches.

At Monksland Church, in Knockmahon, there is a visitor center dedicated to the geopark and its 460 million years of history. The geopark itself is an outdoor museum of geological records. The park explains how volcanoes, oceans, deserts and ice sheets all combined to create the rocks which provide the physical foundation of the natural and cultural landscapes of the area.

For those who want to explore the area’s mining center Bunmahon is the town to visit. This was the center of copper mining in the area during the 19th century. In fact, some of the Tankardstown Engine House is still standing near the village.

The Geological Garden, in Bunmahon, provides visitors with a glimpse into the geology of the Copper Coast. The Time Path in the garden will guide you through geological time with 28 slabs depicting the major steps in Earth history and evolution of life. There are also two ogham stones found nearby which are aligned to the summer solstice. 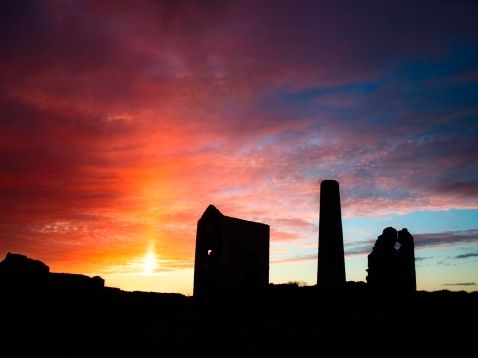 Other historic points of interest are the Gaulstown Dolmen and Dunhill Castle. The Gaulstown Dolmen consists of six upright stones forming a chamber with a capstone some five meters in length. The two portal stones stick out at the front and are at least two meters high. There are also a holy well, standing stones and promontory forts in the area.

Dunhill Castle was built by the la Poer family in the early 1200s. There is also some evidence of an earlier Celtic fort on the hilltop. The town's name is derived from the Irish translation of the fort of the rock. While the silhouette of the castle is impressive, it comprises of only about half a 15th century tower with bits of outer walls dating to the early 13th century. 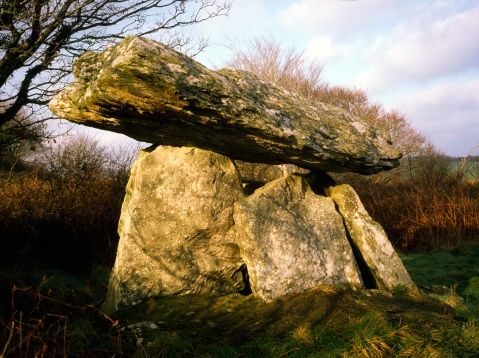 While you’re in the area you can take advantage of the beautiful countryside by taking a walk in the woods, on the shore or along country lanes. Whichever you choose you can dip into the geology, archaeology, the mining heritage, and the rich flora and fauna of the area. If you’re looking for inspiration, route maps are available from the visitor center. You can also download a podcast (here) that will guide you through the Annestown Heritage Trail.

The eight beaches in the area afford visitors the opportunity to avail of various activities including surfing or exploring the islands and caves via kayak. There’s also a great deal of good fishing to be found along this coast.

If water-based fun isn’t for you there’s always the Bog of Fenor which holds a wealth of regional flora and fauna. There’s also a mini-farm which is a big hit with children and the Ballymoat gardens.

For more information on the area, visit CopperCoastGeopark.com.