Robbie Keane would become the first Irish manager in LA Galaxy history if he was appointed head coach. 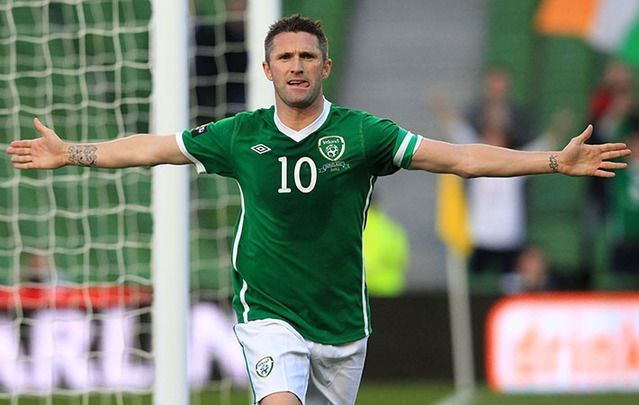 Irish soccer legend Robbie Keane is set to take over as manager at LA Galaxy, according to Irish media reports.

Keane, who left the MLS giants four years ago, looks poised to take over from Guillermo Barros Schelotto, who is under huge pressure after a poor run of recent results.

That poor run has left LA Galaxy bottom of the MLS's Western Conference having lost six games in-a-row and the Irish Sun reports that Keane is poised to take over from the under-fire Argentinian.

Keane, who is Ireland's record international goalscorer, is also a legend in Los Angeles. The Irish striker scored 83 goals in 125 appearances for the MLS giants, winning three MLS Cups in a glittering five-year stint at the club.

The Irish legend was an assistant manager with the Republic of Ireland international team as part of manager Mick McCarthy's backroom team but left the Irish set-up this year when McCarthy was replaced by current manager Stephen Kenny.

He was also an assistant manager at Middlesbrough in the English second division but also left that role earlier this year when the club changed their manager amid a poor run of results.

If he is appointed manager at LA Galaxy, it will be his first job as a head coach since retiring from soccer in 2018.

However, American soccer media have downplayed reports that Keane is set to take over at the famous American club.

The Major League Soccer website reports that Galaxy will persist with Guillermo Barros Schelotto for Sunday night's home game against the Vancouver Whitecaps, but pressure on the Argentinian manager could reach breaking point if LA loses at home to the mid-table Whitecaps.

Keane would certainly jump at the chance if the post became vacant, stating earlier this year that he has been working on his coaching badges and is ready to take the first step into management.