Larry Kelly's family were even summoned to say their last goodbyes. 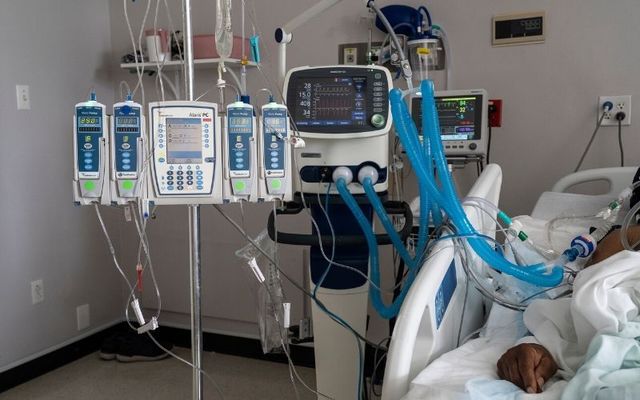 An Irish American  in New York City spent 51 days on a ventilator and beat near-certain death to make an inspirational recovery from the coronavirus.

Lawrence "Larry" Kelly was taken into intensive care at Mount Sinai Morningside in New York City on March 17. He was barely able to walk, or breathe, and his wife Dawn was summoned to the hospital on March 28 to say her last goodbyes.

The hospital needed Dawn's permission to take her husband off life support, the New York Times reports, and a palliative care worker asked her to consider what he would want.

Aside from his wife Dawn, Larry's daughter Jackie and his younger brother Danny visited him in hospital, separated by a glass wall, to say goodbye.

But Larry Kelly kept fighting and defied everyone's beliefs. He had promised his wife that he would "never stop fighting" in the last text he sent to her before he was placed in an induced coma.

And he kept that promise, fighting off infections, seizures, fevers, pneumonia, and even cerebral hemorrhages during a grueling, 51-day period on a ventilator.

While Larry managed to hang on through this testing period, doctors at Morningside became concerned about his brain activity, warning his family that, even if he did recover, the seizures may cause irreparable brain damage.

Two weeks later on April 12, however, Larry Kelly opened his eyes and showed some positive signs. He turned in the direction of a nurse who called his name and he was able to follow a pencil with his eyes. The New York Times said that he knew he had a wife and two daughters.

The road to recovery was still long, though, and Larry very much still relied on a ventilator to live.

Doctors planned for a tracheotomy to remove a tube from Larry's throat but, to do that, they had to reduce the dosage of fentanyl, a powerful opioid, and Larry went into withdrawal. To combat this, doctors had to wean him off the opioid with methadone.

At the end of April, Larry was transferred to a special unit at Mount Sinai Beth Israel Hospital set up to help take patients off ventilators.

By May 8, the ventilator was all but sidelined and, by May 15, Larry was almost breathing totally by himself again.

In the meantime, Larry video called his family every day. He was unable to make sounds, but he gradually regained the ability to form words with his mouth, allowing his family to try and lipread what he was saying.

After more than two months on a feeding tube, Larry began to eat pureed food as his recovery continued. He lost more than 30 pounds during his time on a ventilator.

He began speech, physical and occupational rehabilitation at the end of May as he started to learn how to walk, speak, and even swallow again.

Larry will return home for the first time in over four months on July 22.

"I wouldn’t wish this sickness on anyone," he told the New York Times.

Throughout his four-month ordeal, Larry has been inundated with messages of goodwill and messages closely resembling obituaries.

"I always wondered what people would say about me when I died. Now I know."