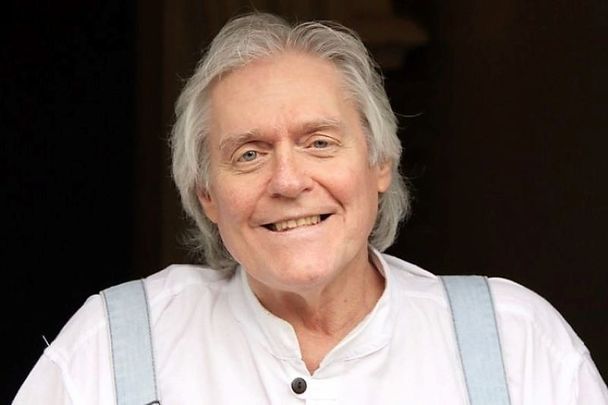 Gerry Daly moved to Bandon in County Cork 23 years ago and has been quietly buying up properties over the past year to rent to frontline workers at an affordable rate. Gerry Daly

The great-grandnephew of Michael Collins has launched a fundraising campaign to help him make rented accommodation more affordable for frontline workers.

Londoner Gerry Daly, 67, who moved to Cork 23 years ago, used his pension fund and the proceeds from the sale of his uncle's farm in Cork to launch Irish Homes for Heroes (IHH) last May.

The company has been buying and refurbishing rental accommodation in the Cork town of Bandon for the past year to provide quality homes for key workers at below-market rates.

Daly, who has bought three properties so far and expects to purchase two more before the end of the month, is looking to raise €1 million ($1.21 million) in a massive public donation drive to allow him to purchase even more properties and provide frontline workers with a place to live at an affordable rate.

He said that he was inspired to launch the company during the first coronavirus lockdown last year when politicians in Ireland and the United Kingdom encouraged people to "clap for carers".

"What really annoyed me was that people were turning out in their front gardens with pots and pans and wooden spoons and banging them for the healthcare workers. That's all well and good, but it doesn't put a roof over their head or it doesn't give them money to go and have a beer or a meal in a restaurant," Daly told IrishCentral.

Daly said that soaring rent prices in Ireland made him inspired him to make a difference for people who are struggling financially.

"If I was in the middle of Dublin now and worked as a teacher, I'm spending almost all of my salary on a place to crash at night and lay my head. How undignified is that? How undignified is it that the government allows that to happen?

"I'd already sold my farm and I was sitting on a whole lot of money. I thought to myself, 'what can I do with it? How can I help others?'"

Daly has been renovating the IHH properties to the highest standard as he doesn't believe in renting accommodation that he wouldn't live in himself. He is also listing the properties for approximately €150 lower than their current market rates.

Daly is currently refurbishing a huge two-floor, three-bedroom apartment that he hopes will go to "a good honest nurse or a good honest member of An Garda Síochána".

He has fitted the apartment with a state-of-the-art kitchen that he managed to buy at a cut-price from a Dublin-based millionaire who was doing up his house and believes that whoever ends up in the refurbished apartment will be "over the moon".

Daly cannot legally advertise his accommodation specifically for frontline workers and must instead open up the application system to everybody.

In one case, for instance, IHH rented a single-bed apartment to an American tenant whose accommodation burned down on Christmas Eve, leaving him with no place to live.

Daly waived the first month's rent to allow the man to get back on his feet and now charges him a below-market rate.

He said that local landlords have "their knickers in a twist" because potential tenants are now turning to IHH properties and he hopes that his business model will force landlords to lower their prices.

"They're moaning now because their potential tenants are looking at our properties," Daly said. "Lower your prices and don't squeeze the last breath out of your tenants. Just don't be greedy."

Daly believes that IHH can represent an Ireland of the future, where philanthropy and compassion are to the fore.

"There's going to be a huge upturn in philanthropy and helping your neighbors. It's all about giving not grabbing and I want to encapsulate that in my little company that keeps getting bigger and bigger."

Daly believes that public appreciation and sympathy for frontline workers will not disappear when the pandemic is at an end and hopes that people will want to pay them back for putting their lives on the line.

"It's too late for public sympathy to disappear. It's become an imprint in our very psyche. People value what they took for granted in the past."

He has also registered Scottish, Welsh, English, and Northern Irish Homes for Heroes and plans to set up similar business models throughout the United Kingdom.

Daly told IrishCentral that the €1 million fundraiser will help put IHH on the map and said that "every single dollar and euro raised" will go towards purchasing new properties and refurbishing them so that they can be rented out to frontline workers at a lower rate.

He called on anyone who supports the idea of "giving, not grabbing" to donate to Irish Homes for Heroes here.

Anyone who donates will receive a certificate signed by Daly acknowledging their generosity toward the "normal, average person or family".

Daly says that the certificate will be a "badge of honor" for anyone "who supports the  idea of giving folks a nice clean and well-appointed apartment at below current market rental values, and force unscrupulous landlords to lower their charges."