Vulture funds and their damage to Irish society

"Dreams have been burst by the very same vulture funds who have been throwing Irish families out of their homes for years." 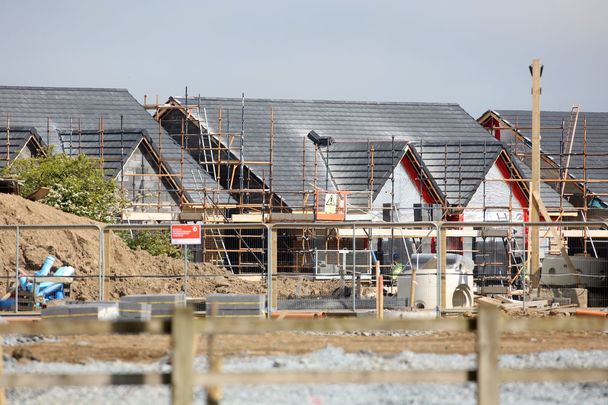 Construction work taking place in the Bay Meadows housing development in Dublin 15. All 112 houses have been bought by global investment company Round Hill Company, to be put on the rental market RollingNews

How Ireland's government's property and financial policies, with regards to vulture funds, will continue to heap misery on Ireland's people, seeing them evicted, renting and unable to buy properties.

I have been reporting for years about the damage that vulture funds have been doing to not just the Irish housing market but also to people that they directly affect.

Many people have only found out that ‘investment funds AKA vulture funds’ are active in our economy through newspaper and social media reports and yet it apparently comes as a shock to them.

How can this be?

Well, for the best part, many people took no interest in what the vulture funds were doing here in the first place. For years I have been warning readers about the detrimental effect that vulture funds have been having on people who are unlucky enough to have fallen prey to their sharp claws, but for the most part, people didn’t take much or any notice because it didn’t affect them directly.

Well, with the very public reaction to what has been an ongoing process by vulture funds for years, we now find there is palpable anger by the ‘couldn’t care less’ generation because their bubble and expectations, hopes, and dreams have been burst by the very same vulture funds who have been throwing Irish families out of their homes for years.

Whether you realize it or not, the current plan by the Fianna Fáil/FG/Greens Coalition is to turn our housing needs into the European housing rental model [before it was outlawed by many other European countries], which is in effect ownership by vulture funds and pension funds.

You must remember that this government and previous governments have given their blessing to the vulture funds buying up tens of thousands of homes meant for you but destined for them.

Take a deep breath before you read on

Here is how it works and will continue to work if the public outrage over this scandal abates anytime soon and we collectively let this shambolic government get away with this housing debacle.

- The 'vulture funds' are giving the developers funding in advance to build the houses for them. No need for a new Anglo risk situation to reoccur.

- It suits the 'vulture funds' as they don't have to compete for properties on the open market.

- The vulture funds write off billions of Euro, thanks to the tax incentives and targeted laws designed to entice them here in the first place, but for which we eventually take up the slack in a rise in taxes or a cut to public services.

- Families end up renting from the same vulture funds that usurped them in the first place.

- It takes away the responsibility from the government to provide for social housing but allows them to add to the provision stats that say they are continuing to ‘rebuild Ireland’, when in fact we are being forced into the European model and will never own a home mainly because the government actively encourages the wholesale purchasing by these vulture funds.

- Banks are no longer at risk, but they will continue to securitize mortgages with the same vulture funds who evict the owners and then rent the property back out at extortionate prices to the ‘couldn’t care less class”.

- If Micheál Martin and this government are really “concerned” about the first part of the above, so both he and the government should be equally concerned about the second. Both solutions are not optimal responses to either of the issues. They can and should be doing better!

- Most importantly, vulture funds who are looking for a deep discount on the purchase of mortgages from Ulster Bank and KBC are the ever-present threat that Brussels is bound to examine the ‘State aid‘ content in the aforesaid tax breaks. An adverse ruling from Brussels would mean the vulture funds would have to pay up (to Ireland) back-taxes on the levels of profits made over the last ten to twelve years.

- Further to the above, It is these same tax breaks that have rigged the Irish marketplace in favor of vulture funds as against ethical, not-for-profit funds who wanted to buy the non-performing loans from the State-owned banks.

- And we haven’t even seen the impact of the thousands of people going into mortgage arrears because of the loss of jobs due to Covid-19.

- The government’s reaction to changing the laws around the tax breaks for vulture funds is entirely laughable. They say that it will take time to do that but fail to mention that last August they introduced a Hearsay Law, literally overnight, that allowed vulture funds to introduce scraps of paper as admissible hearsay evidence so as to facilitate the repossession of distressed people’s homes.

And you think the Irish government works for you?