Homeoptions provides a new pathway to owning a home in Ireland. 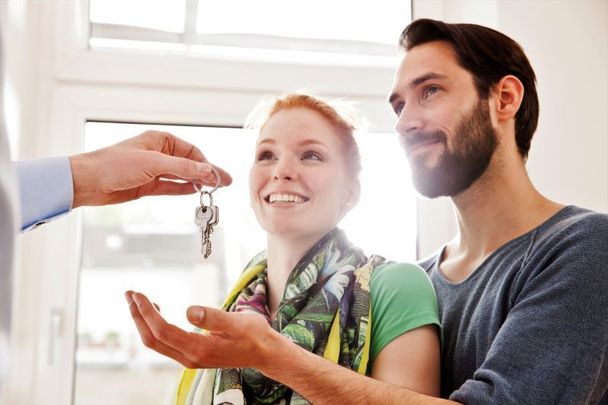 Homeoptions provides a new pathway to owning a home in Ireland. Getty Images

Homeoptions provides a new way to own a home in Ireland

A new Irish “not-for-profit” organization headed by Dublin businessman Brian Reilly has officially opened its doors to families and individuals who find themselves in mortgage distress and at the mercy of the Irish banks and vulture funds.

Homeoptions, as the NFP/DAC is called, launched their bid to displace American vulture funds by becoming the first fully “ethical” Irish fund that is set up to take people out of the clutches of the banks and ultimately out of the claws of the vulture funds that are about to descend on tens of thousands of distressed mortgage rates holders. This form of ethical funding has been called “Canary” funding as opposed to the more aggressive nature of the so-called “Vulture” and “Cuckoo” funds who are currently operating in Ireland.

Up to now, the Irish banks have danced to the tune of the European Central Bank, the IMF, and the Irish Central Bank and have put the message out that the survival of the Irish banking system is more important than the survival of the distressed mortgage holders. The banks say that they are being forced to sell or securitize billions of Euro in mortgage debt and that they have no choice but to sell to the many vulture funds that are currently looking for easy pickings amongst Irish homeowners.

Homeoptions, in partnership with Irish based fund managers Quartech, led by ex-Merrill Lynch chief financial officer Ben Hoey, have decided to compete with the vulture funds by offering a Mortgage-to-Rent-to-Repurchase (MRR) scheme in which they purchase the mortgages directly from the banks rather than the bank selling the mortgages to vulture funds and thus take the immediate pressure away from the distressed homeowner by giving them a chance to find their feet both financially and creditworthiness speaking.

Their stated ethos is to help provide "Help, Hope and a Route to Recovery" for the many people caught up in this highly sensitive debt debacle.

A homeowner then becomes a tenant in the home for a period of five years who then has the opportunity to buy the property back from Homeoptions after that five years has elapsed and credit history has been restored. The previous five years will have hopefully allowed the tenant to repair their credit enough to be able to apply for a mortgage on the property at a price that would have been agreed at the outset of the handover of the property to Homeoptions.

What is important to note is that all residual debt is written off by Homeoptions and this ensures that a homeowner need not worry about a bank or vulture fund chasing them for the balance as is nearly always the case when a bank or vulture fund sells a family home after a judgment has been given by the Irish courts.

A family member can also repurchase the property back if the tenant is unable to find the appropriate funding at the end of the five years. The tenancy can continue for the rest of the natural life of the tenants and therefore ensuring that they are not at the mercy of the vulture funds who are looking for very short-term gains or ideally a possession order on a property so as to maximize their profit from any individual family home sale.

The founding members of Homeoptions include Erskine Holmes OBE and chair of the Northern Ireland Federation of Housing Associations, Mr. Holmes also has a long involvement with the co-operative movement, as founder of the NI Co-ownership Society and NI Assembly All Party Co-operative Group, and chairman of the Co-operative Press.

Mr. Holmes states that this model of ethical or so-called 'canary funding' is the way forward and that it has the capacity to keep many families who are likely to lose their homes to vulture funds by Homeoptions purchasing the debt and renting the property back to the same family. Mr. Holmes says that Homeoptions are in talks with one of the major pillar banks to purchase their next round of mortgage loans and hope to conclude a positive outcome by being able to purchase the loans rather than the loans being sold to a vulture fund.

The scheme is backed by the Master of the Irish High Court, Ed Honohan, who says that the Homeoptions offering is “simply a no-brainer.” Mr. Honohan has been a vocal critic of government policy when it comes to keeping people in their homes and supporting the banking system rather than the people who have suffered from poor decision making by the government and also the banks themselves.

A founding director of Homeoptions, Brian Reilly has been a strong proponent of this type of ethical funding but says that it is necessary to go down this particular road due to the way that the two main Irish political parties, Fine Gael and Fianna Fail had stymied a Bill that was designed to keep families in their homes underwritten by legislation.

The Bill was drafted, proposed and backed by Ed Honohan along with other eminent and well-known solicitors and barristers, who spent a number of years drafting legislation that would safeguard family homes from vulture funds and banks. Reilly says that it is frustrating that so many good people have spent so long on putting a piece of legislation together and for it to be ignored at every turn was shameful on not just the government and also on that of Fianna Fail for taking the government position when they should have taken the side of the homeowner’s instead.

Mr. Reilly says that this type of ethical funding will hopefully change the landscape and nature of the purchasing of loan sales and in turn, help get rid of the vulture funds from Ireland “for once and for all.” He said, “that if the Irish government are not willing to change the status quo then we (Homeoptions) are going to start the ball rolling”. He also said that, “Change has to happen quickly otherwise many families will find themselves homeless, especially when it comes to the time that the vulture funds are ready to take their profits out of the market and the only way, they can do that is to seek possession orders on family homes, and that’s when the tsunami will truly begin.”

Learn more on Homeoptions website, and in this video: