Some Irish eyes were crying and others were smiling today as the House of Representatives passed the American Health Care Act by the slim majority of 217-213 votes. 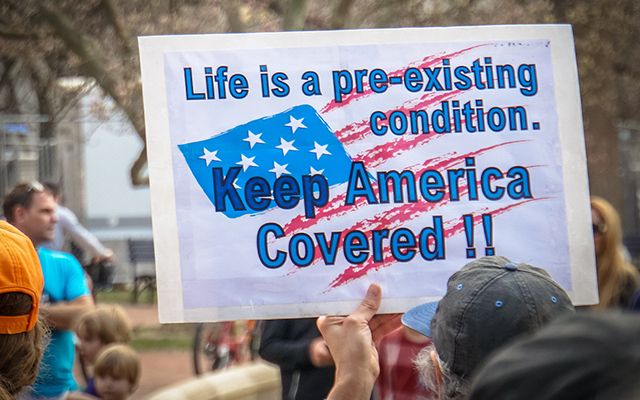 Some Irish eyes were crying and others were smiling today as the House of Representatives passed the American Health Care Act by the slim majority of 217-213 votes. Ted Etyan / Creative Commons

That was the stark contrast today as the House of Representatives passed the American Health Care Act by the slim majority of 217-213 votes.

The bid to overturn the Affordable Care Act, Obamacare, was led by two of the most prominent GOP Irish American politicians on Capitol Hill, Speaker Paul Ryan and House Majority Leader Kevin McCarthy.

This was the second time that Ryan and McCarthy tried to secure passage of a bill to repeal Obamacare in the 435 member House.

The first attempt was scrubbed before a vote.

The bill is hugely divisive and will come up against significant criticism and opposition in the Senate.

The ferocity of the health care debate was well illustrated by another Irish American House member, Rep. Brendan Boyle, a Democrat from Philadelphia.

Boyle was one of the first house members to come out with a statement after the vote on what he dubbed “Trumpcare.”

“Today’s vote by House Republicans will go down as a truly shameful moment in the history of our country,” said Boyle in his statement.

And he continued: “Today, House Republicans allowed insurers to turn higher profits on the sick and the poor.  This iteration of Trumpcare now allows insurers to charge sky high premiums to older American and Americans with pre-existing conditions, while gutting Medicaid, weakening Medicare, and stripping health care from 24 million Americans.

“This reincarnated version of Trumpcare was even worse than the bill House Republicans walked back on March 24.

“To appease their most extreme wing, they made coverage for pre-existing conditions optional for states while at the same time making repeated promises to the contrary to the American people.  If enacted, this bill will drive up costs, eviscerate the essential health benefits and protections for pre-existing conditions protected by the Affordable Care Act for millions of Americans and eviscerate Medicaid, which covers our most vulnerable – all the while taxing older Americans and providing massive tax breaks to the super rich.

“A majority of this country does not support the health care plan House Republicans passed today.  This is why the bill is DOA in the Senate.

“Instead of hanging sick, old and poor Americans out to dry, as this bill would do, we should instead work together toward meaningful legislation that improves and builds upon the progress achieved under the Affordable Care Act.

“It is time for Republican leaders in Congress and President Trump to get serious about improving the lives of American families rather than dividing the country to serve their political interests.”

This story appears courtesy of the Irish Echo. For more, visit their website here.