Raymond McCord Sr. is marking the tragic anniversary of the day his son was beaten to death in a quarry outside Belfast 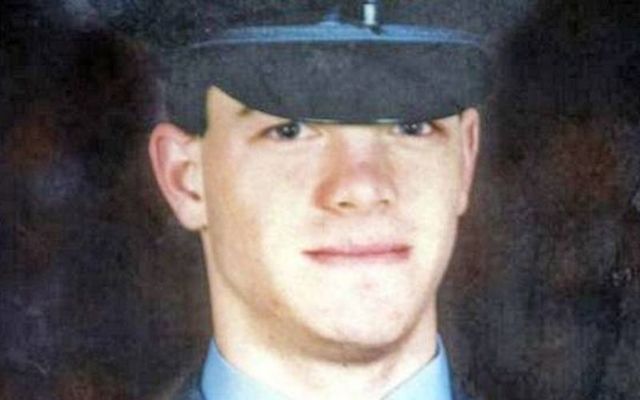 A father lost a son to violence.

This was an all too common occurrence during the Northern Ireland Troubles.

But in this case, there were factors that stood out from the dubious norm.

Twenty years ago today, on November 9, 1997, in a quarry outside Belfast, 22-year old Raymond McCord, Jr. was brutally beaten to death.

“Because those responsible for the murder were British agents and police informers, the crime was covered-up. An appalling example of British government collusion.”

So says Fr. Sean McManus, founder and president of the Washington, D.C.-based Irish National Caucus, which has campaigned for justice in the McCord case

“Despite the relentless and fearless campaign of his father, Raymond Sr., no one has ever been charged with the murder.

“And for all these twenty years, Raymond Sr. has waged his lonely battle in constant danger of assassination,” said the Fermanagh-born McManus.

According to McManus, Raymond Mc Cord, Sr. is one of the heroes of the Troubles.

“He has shown remarkable courage and personifies the extraordinary power and dedication of a father’s love for his son,” he says.

“I have been honored to be able to assist him in his struggle for justice by giving him a platform in the U.S. Congress where he now enjoys great support and respect.

“He testified before Congress on October 22, 2009. He succinctly stated the problem: ‘I really want to emphasize to [Congress] that my son’s case is not about police corruption. It is about police and state collusion with murder.’”

This is a charge all too frequently leveled by Catholics in the North.

Added Fr. McManus: “Ever since I came to America on October 2, 1972, I have been briefing members of Congress about historic, systematic British policy of collusion in the murder of Catholics in Northern Ireland.

“Then I brought Raymond, Sr. around Congress and he briefed them about British collusion in the murder of his Protestant son.

“The effect and impact were palpable: the case for collusion was thoroughly and definitively settled, and by a proud Protestant from Belfast.

According to Fr. McManus, reconciliation and ecumenism are at their best and truest when Protestants and Catholics in The North come together to struggle for justice and equality.