After the withdrawal of the initial lawsuits, three lawsuits alleging sexual assault within the CLRG Irish dancing community were re-filed in Bergen County, New Jersey on December 4. 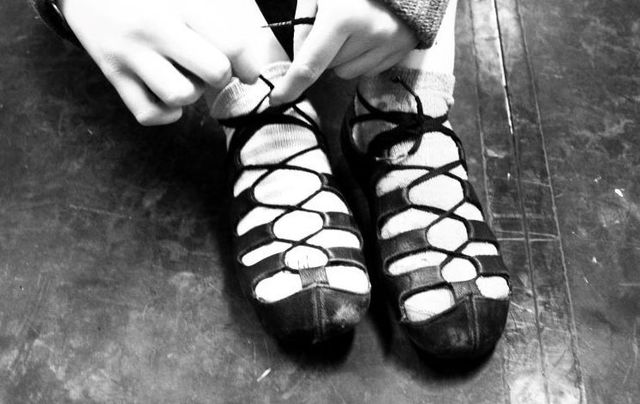 CLRG, IDTANA, and the Mid Atlantic Region have been named in the sexual assault lawsuits that were re-filed in Bergen County, New Jersey. Getty Images

A male Irish dance teacher within the CLRG competitive Irish dance organization has been accused of sexual assault in one of three lawsuits that were re-filed on December 4 at the Bergen County Superior Court in New Jersey.

While IrishCentral has only received a copy of one of the three lawsuits, the lawyers representing the plaintiffs have confirmed that the other two lawsuits involve minors. The three lawsuits were filed in New Jersey after that state had increased its statute of limitations on sexual abuse claims.

In the newly re-filed lawsuits, the three plaintiffs, one per lawsuit, are named using the pseudonyms Jack Doe, John Doe, and Pat Doe.

CLRG (An Coimisiún Le Rincí Gaelacha), IDTANA (The Irish Dance Teachers Association of North America), the Mid Atlantic Region, and the New England Region are named as defendants in Jack Doe's lawsuit, which also lists "D.T." and the "ABC School of Irish dance."

While D.T. is a fictionalized name, he is characterized as a male Irish dance teacher who is a resident of New Jersey.

D.T. was acting as an "agent, servant and/or employee of Defendant ABC" at the time of alleged incidents.

Plaintiff Jack Doe claims he was sexually assaulted in a hotel room by D.T. during the 2006 New England Oireachtas in Stamford, Connecticut. The plaintiff also alleges that the defendant’s previous sexual offenses were covered up by authorities within the Irish dance organization.

The lawsuit obtained by IrishCentral alleges the following: "Plaintiff Jack Doe attended the dancing competition in Stamford in 2006.

"During the competitions, Defendant D.T. called Jack Doe and told him to come to his bedroom because he needed assistance. When Jack Doe was alone with Defendant D.T. in his hotel bedroom, D.T. exposed himself to Plaintiff and ordered him to perform oral sex. Plaintiff refused.

"When Plaintiff refused, a struggle ensued as D.T. attempted to force Plaintiff to perform oral sex on him. During the course of this struggle, Defendant D.T. grabbed Plaintiff's hand and pressed it against D.T.'s genitals which during the course of the struggle resulted in ejaculation. Said ejaculate made contact with Plaintiff. Plaintiff was ultimately able to escape the room. "

The plaintiff Jack Doe wishes to remain anonymous in the lawsuit "because the subject matter deals with highly sensitive and personal nature of the matter and the danger of physical and emotional harm that may be caused by disclosure of his identity."

D.T. is accused of "initiating forced sexual contact with an un-consenting individual is extreme and outrageous conduct beyond all possible bounds of decency and to be regarded as atrocious and utterly intolerable in a civilized community. "

D.T.  is accused of intentionally confining Jack Doe and preventing him to escape the sexual assault.

The plaintiff alleges that CLRG, IDTANA, the Mid Atlantic Region and the New England Region are "vicariously liable for the actions of its agent, servant and/or employee Defendant D.T. "

b. Failing to have or enforce proper protocols and procedures within their organizations to prevent sexual abuse of participants in Irish Dance;

c. Failing to adequately monitor the activities of dance instructors such as D.T. to ensure that they do not pose a risk to participants participating in its Irish Dance Competitions;

d. Creating a culture of permissiveness that allowed D.T. to sexually abuse persons such as Jack Doe."

b. Failing to perform a proper background check on Defendant D.T. prior to allowing him to come into contact with participants such as Jack Doe;

c. Failing to review and assess D.T.'s application to be an instructor;

d. Failing to check D.T.'s references prior to allowing him to be an instructor;

e. Failing to review public criminal records prior to allowing D.T. to be an instructor;

f. Failing to have adequate employment processes for dance instructors such as D.T.;

i. Failing to adequately monitor the activities of its accredited dance instructors such as D.T. to ensure that they do not pose a risk to persons participating in its Irish Dance Competitions;

j. Failing to have adequate re-accreditation processes for dance instructors such as D.T.;

a. Failing to have adequate processes for detection, investigation and reporting of sexual abuse allegations;

b. Failure to enforce processes for detection, investigation and reporting of sexual abuse allegations;

c. Failing to investigate complaints of sex abuse, together with other complaints, made regarding Defendant D.T.;

d. Ignoring complaints of sex abuse made regarding Defendant D.T.;

e. Concealing complaints of sex abuse made regarding Defendant D.T.;

f. Failing to report complaints of sex abuse made regarding Defendant D.T. to appropriate authorities for investigation;

g. Failing to have proper protocols, procedures and guidelines for the prevention, detection and investigation of sexual abuse allegations."

"The aforesaid actions or inactions of Defendants were committed intentionally and/or in an outrageous, wanton and willful disregard for the safety protection and wellbeing of others, including, plaintiff warranting the imposition of punitive damages.

"Wherefore, Plaintiff demands judgment in his favor and against Defendants, jointly and severally, for general, compensatory, exemplary and punitive damages plus such interest fees and costs as are allowed by law."

IrishCentral was first alerted to the sexual abuse lawsuits on December 2 when a source, who wishes to remain unnamed, said: “Several lawsuits are being filed on Monday, December 2, 2019, in Bergen County, NJ against numerous Irish dance entities alleging sexual abuse over the last 30 years. The claims are being filed by Meirowitz & Wasserberg, LLP.”

The source did not name any individual Irish dance schools, teachers, or dancers at any point during correspondence this week, but did say the lawsuits would involve CLRG, IDTANA, and the Mid Atlantic Region.

While Meirowitz & Wasserberg, LLP confirmed in a phone call on Monday that three lawsuits had been filed in Bergen County’s Superior Court on December 2, those initial lawsuits were withdrawn and sealed due to a "technicality," according to the source. In turn, IrishCentral was forced to withdraw its initial report on December 3 under legal guidance.

On December 4, the unnamed source confirmed that the lawsuits had been re-filed. On December 5, docket numbers and information showing filing dates of December 4 for three re-filed lawsuits appeared in the New Jersey Courts online portal.

The Mid Atlantic Region, The New England Region, and The Southern are among several regions under the directorship of IDTANA, which works in tandem with CLRG, the largest and oldest governing body for competitive Irish dancing in the world.

Every year, CLRG sanctions an Oireachtas in each of IDTANA’s regions where Irish dancers can compete to qualify for the more elite National and World competitions.

The Mid Atlantic Region, which consists of New York, New Jersey, Pennsylvania, and Delaware, concluded its annual three-day Oireachtas on December 2, the day before the initial sexual abuse lawsuits were filed. Thousands of Irish dancers gathered in Philadelphia for this year’s Oireachtas, which marked its 50th anniversary, to compete in both team and solo competitions.

The New England Region, which consists of Connecticut, Maine, Massachusetts, New Hampshire, Rhode Island, Vermont, hosted its Oireachtas this year in Connecticut from November 22 - 24. This region's Oireachtas is referenced in Jack Doe's lawsuit.

The only region in the US who has not yet hosted their 2019 Oireachtas is The Southern Region, who is set to run theirs from December 6 - 8 in Washington, DC. The Southern Region is named in docket information for plaintiff John Doe, but IrishCentral has not obtained a copy of that suit.

On December 5, one of the lawyers at Meirowitz & Wasserberg, LLP confirmed that the next steps in proceedings will involve serving the lawsuits. They also revealed that two of the lawsuits involve minors.

A page on the Meirowitz & Wasserberg, LLP website encourages "IDTANA Sexual Assault Victims" to reach out for a free consultation.

If you have a story about sexual assault within competitive Irish dancing that you want highlighted, email Editors@IrishCentral.com. Sources can be kept anonymous where preferred.