The chairman of CLRG revealed in an official email what changes are being made ahead of the 2020 World Irish Dancing Championships. 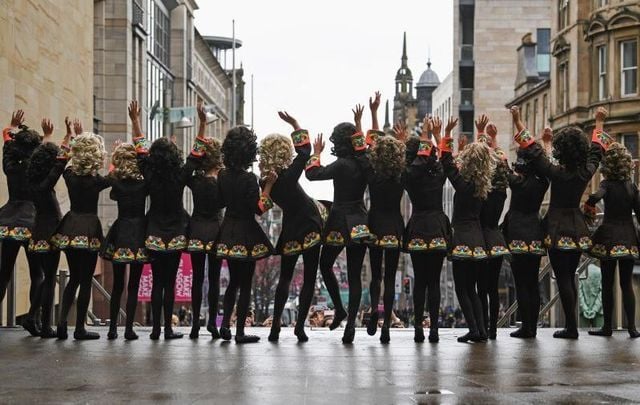 CLRG has announced the official changes being made ahead of the 2020 World Irish Dancing Championships that are to be hosted in Dublin, Ireland from April 5 - 12, 2020.

An Coimisiún le Rincí Gaelacha (CLRG) is hosting its 50th annual Oireachtas Rince na Cruinne (World Irish Dancing Championships) in Dublin, the same city it was first hosted in 1970. Known today simply as ‘Worlds,’ the event is the highest level of competition in the CLRG organization and brings together top-ranked Irish dancers from around the world for a chance to compete for a world ranking.

On September 16, the CLRG-designated hotel block of 34 locations, ranging from student accommodations to 4-star hotels, to be used for the World Championships officially opened online to Gaelic Teagascóir Choimisiúin le Rinci Gaelacha (certified Irish dance teachers, "TCRGs") within CLRG. Booking was to become available to the general public on September 23.

TCRGs, however, quickly realized that the hotel rooms within the CLRG-designated block had higher rates than what was available on Hotels.com on September 16, the day that the booking system became open for teachers.

Further complicating the matter was the issue of daily ‘facility fees’ that were to be imposed on anyone traveling from outside of Ireland or Northern Ireland and opting to not stay in the designated hotel block. This ‘facility fee’ of €50 per person per day (€25 for children and seniors), would be in addition to the daily admission fee, as well as in addition to the competition entry fee.

The group of concerned TCRGs issued a formal complaint with Ireland's Competition and Consumer Protection Commission (CCPC) alleging what they believed to be price gouging. That investigation is understood to be ongoing.

Amid pushback, CLRG suspended its hotel booking site on September 23, the same day it was due to open to the public, without much explanation and said that attendees would be given "sufficient notice" of when bookings would reopen.

On October 22, TCRGs received a letter signed by CLRG chairman James McCutcheon indicating that the facility fees will no longer be in place for the 2020 World Irish Dancing Championships and that hotel bookings will officially reopen at 4:00 pm Irish Standard Time on Wednesday, October 30, 2019.

The letter shared with IrishCentral reads in full:

"At the meeting on Sunday, 20th October 2019, An Coimisiún le Rincí Gaelacha reviewed the decisions that it had taken in September regarding the funding of the 50th Oireachtas Rince na Cruinne.

"It also considered various communications received from Teachers and the Competition and Consumer Protection Commission (CCPC) who as of today still have not come to any conclusion regarding the imposition of a Facility Fee. European Legislation appears to be unclear as to the legitimacy or otherwise of such practices as adopted from events held in North America. Complaints regarding price-fixing are unfounded and indeed cheaper than if an open market situation was allowed.

"Notwithstanding this and in an effort to move things along, the following was decided by the meeting.

"Such a change in policy obviously has a number of ramifications for various stakeholders and the Oireachtas Committee was requested to renegotiate with the different parties.  Therefore we are pleased to announce the following:

"Whilst our attendees are strongly urged to support our Partner Hotels as these hotels support the event, we would ask that you do not deliberately overbook and later cancel.  This only leads to disappointment for fellow attendees wishing to avail of rooms within the block.

"Please note that the stock of ring-fenced hotels will be reduced from 10th January onwards and accommodation will become increasingly scarce and more expensive.

"Please note that the booking link and new syllabus is now available on the CLRG website."

Were you planning on attending the 2020 World Irish Dancing Championships in Dublin? Let us know what you think about the changes in the comments