Plan will set Ireland on a path to reach net-zero emissions by no later than 2050 and will impact every sector of Irish life. 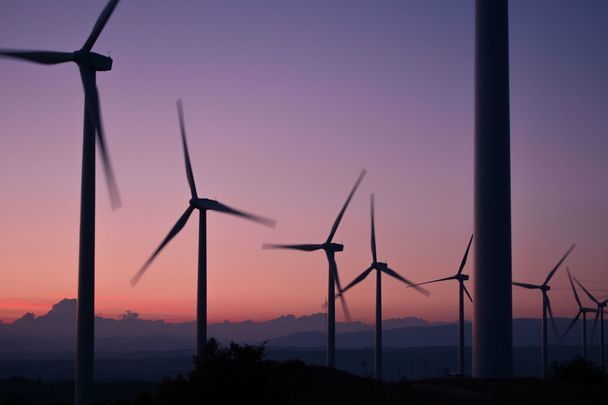 Ireland generated 36.3% of its power, through wind during the past year. Pixabay/CC

The Irish Government has announced a new €125 billion Climate Action Plan providing a detailed plan to reduce Ireland's greenhouse gas emissions by 51% by 2030.

The plan will also set Ireland on a path to reach net-zero emissions by no later than 2050 and will impact virtually every sector of Irish life.

"As I said in Glasgow, the scale of the challenge is unprecedented, but it is not too late to act," Martin said.

"This puts climate action at the heart of all of Government’s plans and policies over the next decade and beyond."

The Government has called for an increase in renewable energy, including wind and solar, of up to 80% by the end of the decade, while a new offshore renewable energy plant will be constructed to tap into the potential of Ireland's maritime area.

The plan also calls for the development of carbon capture and storage to take carbon out of the atmosphere and remove further emissions from the system.

The Climate Action Plan also calls for drastic action in the housing sector and aims to retrofit 500,000 homes by 2030, with a target of up to 56% reductions in housing emissions in the next decade.

Irish citizens will be offered a new low-cost loan scheme to retrofit their homes, while new tax incentives will also be created.

The Government additionally plans to phase out the use of fossil fuels to heat space and water in all new buildings and is promoting the use of low-carbon technology in all new and existing commercial buildings.

The transport sector, which accounts for roughly 20% of Ireland's greenhouse gas emissions, will also undergo drastic changes under the Climate Action Plan.

Under the Climate Action Plan, the Government aims to reduce transport-based emissions by between 42-50% by 2030.

The agriculture sector, which is the largest source of Ireland's emissions, will be heavily impacted by the Climate Action Plan.

The Government plans to significantly reduce chemical nitrogen fertilizer to 325,000 tonnes per annum and will also increase organically-farmed land five-fold to 350,000 hectares.

The plan also aims to improve animal feeding and breeding in a bid to reduce agriculture-based emissions by up to 30% over the next decade.

The plan additionally aims to reduce emissions in the enterprise sector by up to 41% by 2030 and the Government will launch an online Climate Toolkit 4 Businesses which will allow companies to calculate their carbon emissions.

The Industrial Development Agency (IDA) will seek to attract businesses to invest in decarbonization technologies.

The Government also aims to tackle the issue of data centers and will review its strategies to ensure that the growth of data centers can only take place "in alignment with our sectoral emissions ceilings and renewable energy targets".

Ireland will reduce land and forestry emissions by between 37% and 58% under the plan, while a new forestry program is set to launch in 2023 to increase afforestation.