Ireland will more than double contributions in fight against climate change

Speaking during the second day of COP26 in Glasgow, Taoiseach Micheál Martin affirmed that Ireland "will play its part." 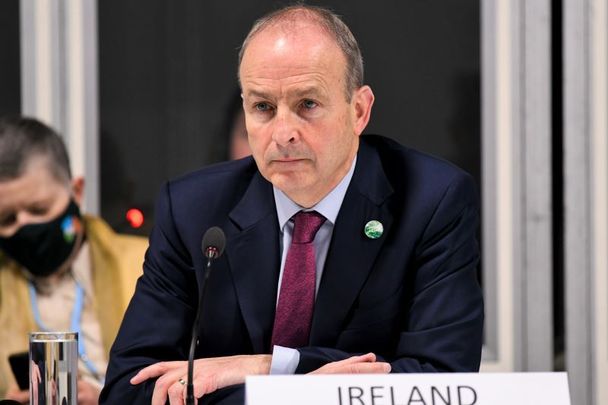 Ireland's Taoiseach Micheál Martin announced during the second day of the global COP26 summit that Ireland will be more than doubling its contribution to developing countries in the fight against climate change.

The Irish announcement falls in line with COP26's goal to "mobilize at least $100 billion in climate finance per year."

Speaking at COP26 on November 2, the Taoiseach outlined the actions Ireland is taking to battle climate change, including enacting legislation and working closely with EU partners on green transition.

“We’re implementing a statutory system of carbon budgeting and emissions ceilings for each sector of our economy," the Taoiseach said.

The Taoiseach continued: “We are working at the United Nations Security Council to put the destabilizing impacts of climate change firmly on the agenda.

“We do not believe or accept, as some would have it, that it is too late, that the transition would be too costly, that it is inevitable that we will leave people behind, that someone else should shoulder the load.

“We believe in the immense capacity of humans to work together and to achieve great things.

“If we act decisively now, we will offer humanity the most valuable prize of all - a  liveable planet.

“We can achieve a cooler world, a biodiverse world, a world with healthier air for us to breathe, healthier soil for things to grow in. A world in which people can live more sustainable lives, handing a healing and enriched planet to future generations. We can create a world in which human impact on all parts of our ecosphere - the land, the sea, the air - is brought back into balance.

“Those of us in the developed world, those who have, frankly, contributed most to the problems that confront us, all have an obligation to support those who are most acutely challenged by their consequences.

“Ireland accepts that obligation. And in support of achieving the $100 billion target, I’m therefore pleased to announce today that Ireland will more than double its contribution to developing countries so that we are delivering at least €225 million a year by 2025.”

Ireland will play its part.

We do not believe or accept, as some would have it, that it is too late; that the transition will be too costly; that it is inevitable that we will leave people behind; that someone else should shoulder the load. #COP26 pic.twitter.com/XLGPuWBrCH

Ireland more than doubling its contribution doesn't quite go far enough, according to Friends of the Earth Ireland (FoE), who said in a statement on Tuesday: "€225 million by 2025 still falls short of our fair share. The best estimates are we need to give twice that."

He added: "Of course, these fine words now need to be translated into firm action. The real test will be the Climate Action Plan due to be published later this week."

Ireland has so far signed on for the Glasgow Leaders Declaration on Forest and Land Use and The Global Methane Pledge while at COP26, which is set to conclude in Glasgow, Scotland on November 12.