Eamon Ryan reacted to the report which said that the effects of climate change are "widespread, rapid, and intensifying" causing Earth's climate system to change across the entire planet. 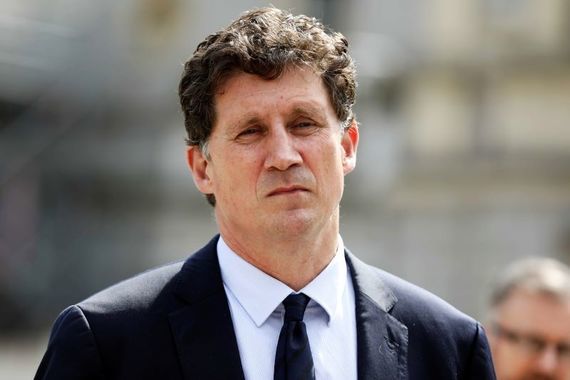 Irish Minister for the Environment and Climate Eamon Ryan has said that an influential UN report on climate changed serves as a "stark reminder" that time is running out to save the planet.

The Intergovernmental Panel on Climate Change (IPCC) report on Monday said that the effects of climate change are "widespread, rapid and intensifying", causing Earth's climate system to change across the entire planet.

Undertaken by leading climate scientists, the report said that it will be impossible to limit global warming to 1.5 or even 2 degrees without "immediate, rapid and large-scale reductions in greenhouse gas emissions".

The report warns that failure to implement immediate reductions in greenhouse gas emissions will lead to inevitable catastrophic events for the human race over the coming decades, including extreme weather conditions and rising sea levels.

Green Party leader Eamon Ryan said that the IPCC report proved that the window to act on climate change is closing.

"Today’s report by the IPCC is a stark reminder that we have limited time in which to act to prevent more devastating impacts from climate change," Ryan said in a statement on Monday.

"The report, based on the latest climate science, has observed unprecedented changes in the climate system.

"Every region of the world, across the entire climate system, has already been impacted by extreme events. There is ever greater certainty about climate change and ever greater urgency about the need to tackle it."

The Green Party leader said that the report made it clear that the role of human influence in climate change is undisputed.

"The role of human influence is undisputed and has resulted in warming of the atmosphere, ocean and land. The report reinforces and builds on existing evidence, which links extreme weather events to climate change. Some changes, such as the rise in sea level, are irreversible."

Ryan said that the IPCC report outlined catastrophic weather events for Ireland and the rest of Europe and warned that Ireland's agriculture and health sectors could be devastated by further rises in temperatures.

"For Ireland and Europe, the report predicts more intense heatwaves and increased flooding as temperatures rise. If global temperature rise by more than two degrees above pre-industrial levels there will be critical consequences for agriculture and health."

The IPCC's sixth annual assessment report was approved by all 195 UN member governments on Friday and unequivocally states that human activity is responsible for climate change.

The report says that climate change has affected all areas of the planet, causing temperatures to rise, Arctic ice to melt, and sea levels to rise.

It also found that human-induced climate change is the likely cause of intense heat waves and extreme rain.

"Some recent hot extremes observed over the past decade would have been extremely unlikely to occur without human influence on the climate system," the report said.

Human-induced climate change is also responsible for a rise in extreme rains and snows since the 1950s, the report stated.

Greenhouse gases have been increasing consistently since the IPCC published its fifth annual assessment report in 2011, while each of the last four decades has been warmer than any decade that preceded it since 1850.

On a positive note, however, the climate scientists noted that sustained reductions in carbon dioxide and methane would limit the effects of climate change, while the report also adds that humans have the power to determine the future of Earth's climate.

The report says that positive changes to air quality would arise quickly if there was a sustained reduction in greenhouse emissions, while it would take roughly 20 years for global temperatures to stabilize.

However, the scientists said that some changes are irreversible, including changes to the Earth's sea levels, with global water temperatures set to increase for hundreds of years.