Taoiseach said that it was "essential" that every nation plays its part in the fight against climate change calling for action. 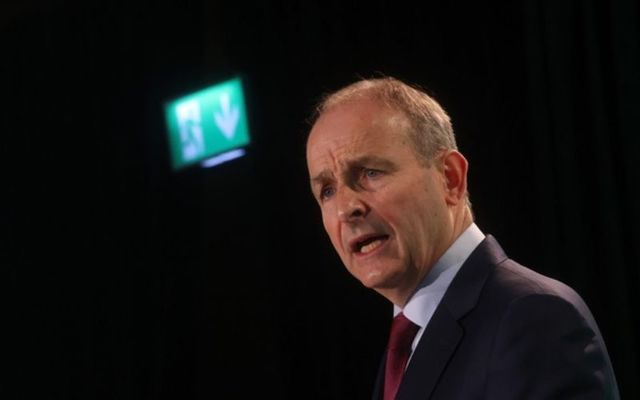 Taoiseach Micheál Martin has described climate change as an "existential threat" as he appeared at the COP26 summit in Glasgow.

The Taoiseach said that it was "absolutely essential" that every nation in the world plays its part in the fight against climate change and added that action on climate change must match the rhetoric.

"I believe, through research technologies, we can significantly improve our capacity to reduce emissions in agriculture, but also in transport, energy," Martin said on Sunday.

He added that Ireland's economic survival depends on its response to the climate crisis.

"Economically, it is essential that we do this," he said.

"Very often people talk about the cost of adjustments and the cost of the measures that we have to introduce in respect of climate change, but just think of the enormous disruption that big weather events or events that are a consequence of climate change will have on our economies in the future."

The Taoiseach said that it is not economically sustainable to continue as normal and added that thousands of jobs would be created in renewable energies, retrofitting, and clean technologies.

The Irish Government is set to publish its Climate Action Plan, which will set out in greater detail how the country plans to cut carbon emissions over the next decade.

Irish Cabinet ministers will discuss the plan later this week.

The Sunday Independent reported that the plan includes a commitment to reduce greenhouse gas emissions in the agricultural sector by 22-30%, while there is also a scheme to install at least 200 new street electric vehicle charge points every year.

Speaking at the COP26 on Sunday, Martin said that Ireland and the EU had made progress on the reduction of plastics but said that there was a lot more to do.

"I think Ireland and Europe has actually performed better on plastics in the last decade than other continents. But we need to do more in terms of the utilization of plastics."

He welcomed US President Joe Biden's decision to rejoin the Paris Climate Accords and added that the decision provided a "good platform and a safety net" to the COP26.

"I think we're now in a better position at Cop26 than we would have been over a year ago, principally because the United States is signing up to this and it's creating a new momentum with the European Union to become even more ambitious in relation to our targets."

US President Joe Biden was accused of briefly falling asleep at the event and was pictured with his eyes closed for roughly 20 seconds during human rights activist Eddie Ndopu’s speech on the climate’s impact on disabled people.

In a short video clip of the incident, an aide was seen approaching Biden and whispering in his ear before the President began listening to the speech again.