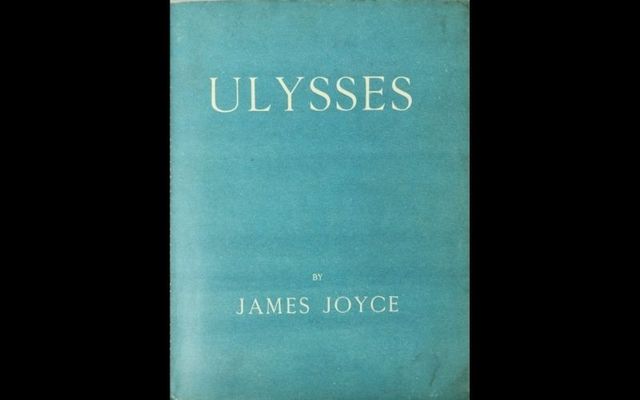 Irish history buffs will be spoiled for choice during the upcoming Christmas Rare Books & Collectors' Sale from Fonsie Mealy Auctioneers in Ireland.

Fonsie Mealy, an auctioneer group based in Co Kilkenny in Ireland, is set to bring a number of fascinating Irish historical items to auction between December 9 and 10 in their Christmas Rare Books & Collectors' Sale.

While the auction will be conducted from The Chatsworth Auction Rooms in Castlecomer, Co Kilkenny, interested buyers can bid on more than 1,300 items online. You can peruse the entire virtual catalog here.

Among the items expected to fetch the highest price is a first edition of James Joyce’s “Ulysses,” which could go for between €7000-9000.

Here's a look at some of the other notable, historic items that are set to go under the hammer in Fonsie Mealy's Christmas Rare Book Sale this week:

A first-edition of James Joyce's "Ulysses" 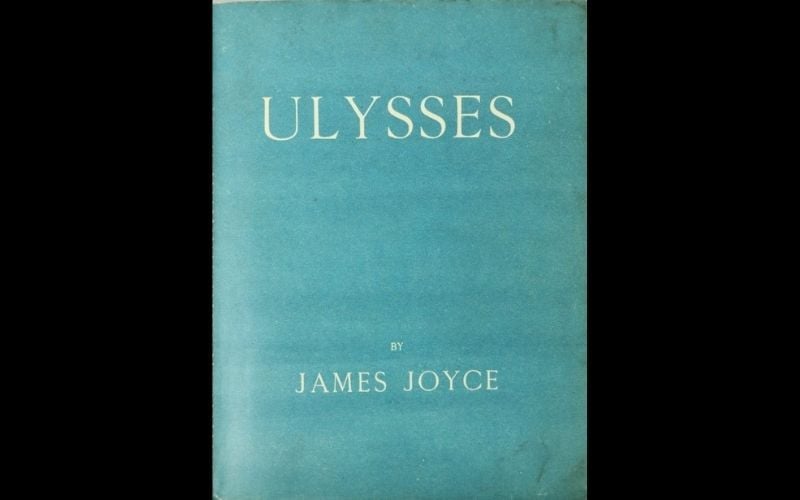 Fonsie Mealy says this is "the earliest issue of arguably the most important and influential novel of the twentieth century.

"The total edition was limited to 1,000 copies of which 100 were numbered and signed on Dutch handmade paper, 150 numbered and printed on Verge d'Arches and the remaining 750 were numbered. The official date of publication for Ulysses was Joyce’s birthday, 2 February 1922, but difficulties with the cover meant that in fact only two copies, both from the 1/750 issue, were actually ready that day.

"No further copies of any issue of Ulysses appeared from Darantière until 9 February (when a further batch of the 1/750 arrived), followed by the first copies of the 1/100 on 13 February, and the 1/50 series on 4 March. It is now thought that this reflects the order in which Ulysses was actually printed.

A Dublin-printed almanac from 1666 with nearly 20 poems transcribed 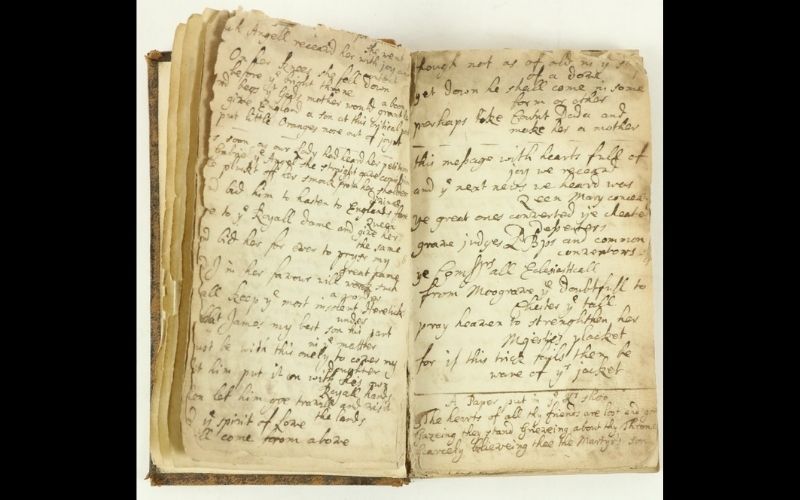 Fonsie Mealy says: "A unique piece of 17th-century Dublin Printing, with an amazing history of an association to Jonathan Swift.

"In the 1680s and 1690s, the owner of this small Dublin-printed almanac of 1666 transcribed into it the texts of nearly twenty poems of the period, several with Dublin connections. Thus the earliest known miscellany of Dublin poems is found inside a unique survival of early Dublin printing.

"Very few early Irish almanacs survive; they were small, light books, heavily used by their purchasers since they contained not only astrological data and prognostications but also specific local information on tides, fairs, eclipses, and festivals. No seventeenth-century Irish-printed almanac has been offered for sale in living memory and only one other almanac from this period is known to exist.

"This copy is of double interest since it contains, in manuscript, late seventeenth-century poems of Dublin origin. Some of these poems are unknown and unedited. For many years, it was asserted that the poems were in the hand of Swift, but it is now clear that this is not the case and, though the spine bears the words ‘1666. J.SWIFT’, none of the poems are by him. However, they are of considerable interest and shed new light on Dublin life at a time when Swift was living in the city." 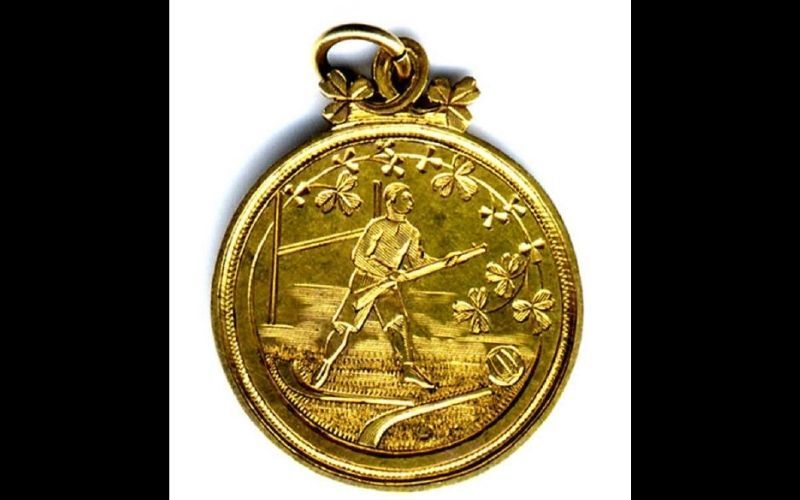 Fonsie Mealy says: "A magnificent and excessively rare 9ct gold circular Medal, the obverse finely engraved with an Irish sportsman, togged out and standing in front of a goalpost holding a rifle in his hands, two hurley sticks, a sliotar and a football lying in foreground, and decorated with shamrocks overhead, the reverse inscribed “Presented by The Irish Natl. Assurance Co., 1921 Anniversary T’ment. Won by Tipp. J. Kickham.

"The loop suspension flanked either side with engraved shamrock. In immaculate condition. This medal was awarded to Jack Kickham (C.J. Kickhams Club of Mullinahone) who played full-forward for Tipperary on that faithful day.

"Jack was born at Ballydavid, Mullinahone into a farming family and community where he remained up to his death. He was a member of the Mullinahone Team that brought the first-ever Senior County Football Title to the Village in 1912. He progressed to become a full member of the Tipperary County Team along with his club mate Ned Egan. They were narrowly defeated by Kerry in the Munster semi-final of 1919, a match that took place on May 25th, less than a fortnight after the Knocklong Rescue of Sean Hogan by Sean Treacy, Dan Breen and others, in which two policemen were killed.

"After this incident, South Tipperary became an armed camp, and all G.A.A. and other Sporting Activities ceased. Jack was a quiet man and reputed to be one who avoided the limelight at all costs, but one who would have surely won more honours from his sporting prowess except for the turbulent times that existed when he was in his prime.

"Nevertheless, he will forever be remembered with pride in his native village. An extremely rare memento of this extraordinary day in GAA  history." 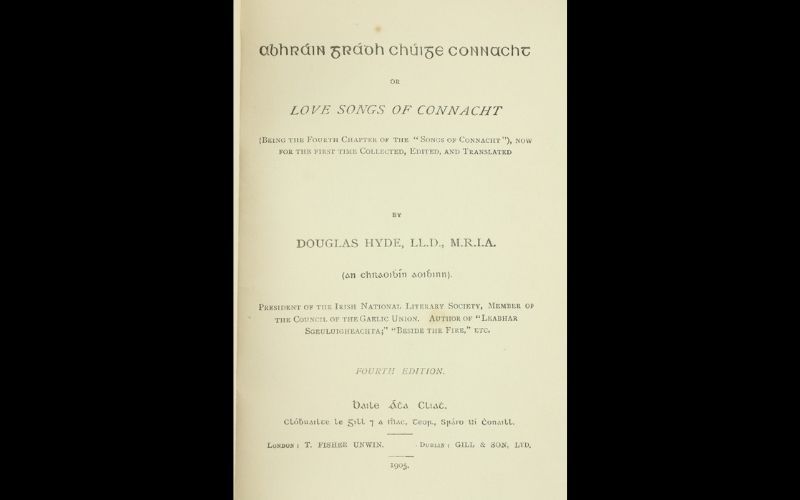 Fonsie Mealy says: "Joseph Mary Plunkett’s copy (signatory of the 1916 Proclamation), with his signature in Irish on front blank dated 1911, and with a later inscription ‘To John Burke, who comes like an angel of light in the dark places, from Grace Plunkett, Easter 1949.’ John Burke was a solicitor and a friend of Jack Yeats and his circle.

"A superb association copy of a book which was one of the foundation stones of the Irish Revival." 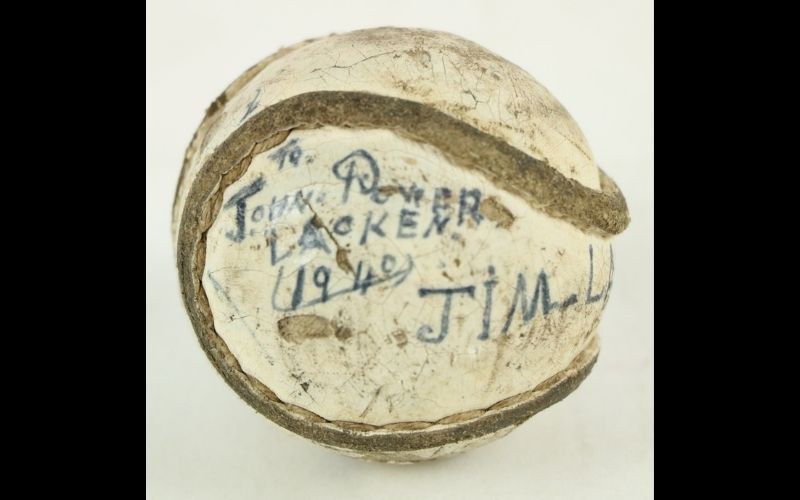 Fonsie Mealy says this official match ball from the 1939 GAA Hurling Final is inscribed in pen with a message that reads "To John Power Lachen )1940" from “Jim Langton – All-Ireland 1939."

The 1939 GAA Hurling Final between Kilkenny and Cork took place the same day as World War Two was declared. Kilkenny beat Cork 2.7 to 3.3 in "a virtual thunderstorm." 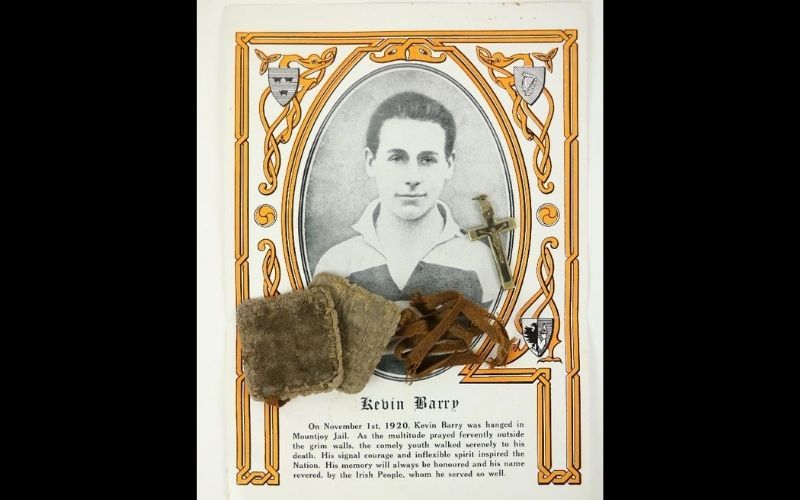 Fonsie Mealy says: ‘Just a Lad of Eighteen Summers ..’ Kevin Barry [1902-1920] His personal Crucifix and Scapular, in an inscribed envelope signed by Kathleen McKenna [an assistant on the Irish Bulletin], stating they were given to Sean McKeon on No.vember 2nd 1920 after Vespers and prayers for Barry’s immortal soul.

"The hand-sewn scapular much worn, its ribbon in pieces, the crucifix in good condition. [The Scapular, worn by Catholics suspended from the shoulders, is a silent prayer that shows one’s dedication to the Blessed Virgin Mary].

"Kevin Barry, a medical student in Dublin, joined the Volunteers in October 1917. He was arrested on 20 September 1920, reportedly with a pistol, after an engagement in which three British soldiers (one of them slightly younger than Barry) were killed. He was sentenced to death, and in spite of appeals for clemency, was hanged in Mountjoy Jail on 1 November (All Saints Day), the first Volunteer to be executed since the aftermath of the Rising.

"He died on the day of Terence MacSwiney’s funeral in Cork, the two events causing massive international publicity which greatly damaged the British cause in Ireland. A personal and religious memento of great significance.