The coronavirus pandemic has resulted in the cancellation of the Irish American Presidential Forum which was scheduled to take place on Sunday, April 26 at Fordham University School of Law. 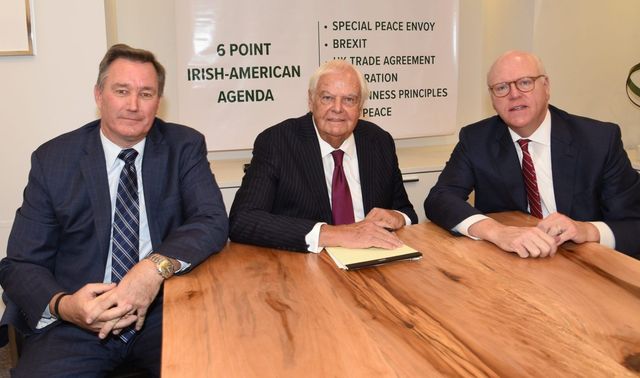 The coronavirus pandemic has resulted in the cancellation of the Irish American Presidential Forum which was scheduled to take place on Sunday, April 26 at Fordham University School of Law.

Last week, the organizers expressed “profound disappointment” at the cancellation, and expressed hope that at some point later in the year the event could be rescheduled.

The New York State Primary originally set for Tuesday, April 28 has been canceled and tentatively planned

“Scheduling the forum two days prior to the state primary day significantly raises the probability of candidates campaigning in the New York region and participating in the forum” Crowley explained.

The candidates will be asked at the forum to state their positions on each of the six-point Irish American agenda issues: Brexit; special envoy; immigration; U.S./ U.K. trade; McGuinness Principles and the Good Friday Agreement.

Glennon stressed “Substantial effort was made by the Committee to seek input from numerous organizations and individuals in developing the Agenda to which all candidates have been advised.”

All of the presidential candidates were invited to the forum, but as only three remain – President Trump, former Vice President Joe Biden, and Senator Bernie Sanders – they will be re-invited if the forum can be rescheduled.

Organizers said they received “many hundreds” of ticket requests for the forum, and that all contact information will be retained if a new date is set.

“In the end, our prime goal remains learning candidates’ values and perspectives on our key matters, therefore, we will work tirelessly to attain them” the press release concluded.

Read more: Irish band invites the world to “stay at home and dance”