The US Air Force said the week of cross-talks with the Irish Air Corps led to relationships being built and a foundation for further conversation between the two entities. 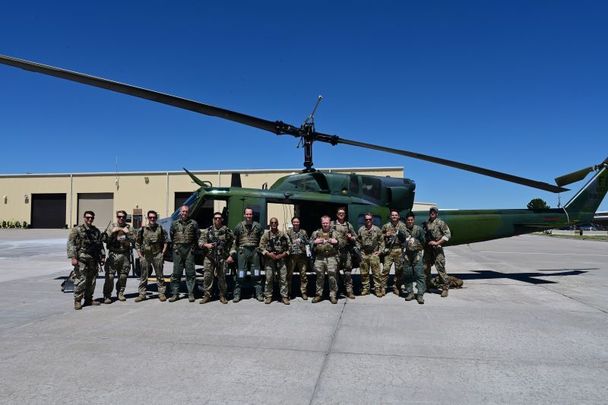 August 10, 2022: Members of the Irish Air Corps, the 37th Helicopter Squadron, and the 90th Missile Security Operations Squadron's Tactical Response Force pose for a photo after flying on F.E. Warren Air Force Base, Wyoming. Three members of the Irish Air Corps visited the base to build relationships and discuss the rollout of the MH-139 Grey Wolf helicopter during a week long visit. US Air Force photo by Glenn S. Robertson / Public Domain

Irish Air Corps members recently visited F.E. Warren Air Force Base in Wyoming for “a weeklong sharing of experiences and ideas,” the 90th Missile Wing of the US Air Force said on August 22.

Top crew from @No3OpsWing sharing their experience with the @usairforce. The @IrishAirCorps have been operating the AW139 since 2006 and is the primary helicopter platform for military and air ambulance operations @ACorps112!

The trip came about after 20th Air Force commanding officer Major General Michael Lutton visited the Irish Air Corps Headquarters in Casement Aerodrome in Dublin, The Journal reports. That set in train a chance for the Irish and the US Air Force to begin liaising about the new helicopters.

The Irish aviators were invited to the US by Maj. Gen. Michael Lutton, commander of 20th Air Force, to develop an understanding of helicopter employment in Air Force Global Strike Command by observing flight operations and talking with aircrew and Tactical Response Force airmen serving in 20 AF. The US Air Force is currently transitioning to the MH-139 “Grey Wolf” helicopter, an aircraft that the Irish Air Corps is very familiar with.

“Cross-talks like this serve the valuable purpose of fostering ties between partner nations, but this one has an extra, added benefit to the helicopter group and squadrons of 20th Air Force,” Lutton said.

“Since the Irish Air Corps has been flying a variant of our ‘Grey Wolf’ for about 16 years, we can share operational and tactical-level concepts to lead-turn the onboarding of our new aircraft at our missile bases.

"We also look forward to members of the helicopter group travelling to Ireland this fall to continue our partnership.” 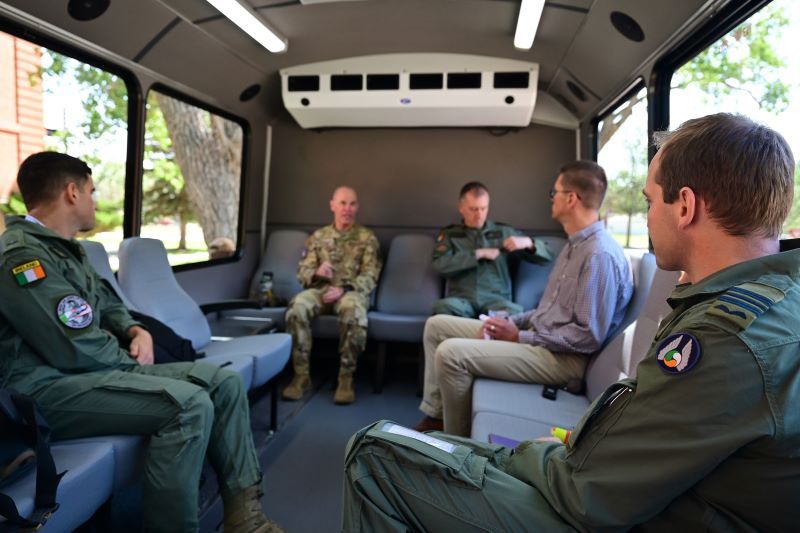 August 8, 2022: Maj. Gen. Michael Lutton, commander of the 20th Air Force, and Jeremy Prichard, historian for 20 AF, explain the history and heritage of the installation to visitors from the Irish Air Corps on F.E. Warren Air Force Base, Wyoming. Three members of the Irish Air Corps visited the base to build relationships and discuss the rollout of the MH-139 Grey Wolf helicopter during a week long visit. (US Air Force photo by Glenn S. Robertson / Public Domain)

During the tour, the Irish Air Corps members attended several briefs and demonstrations and also got the opportunity to join pilots and crew from the 37 HS in flying the UH-1N “Huey” to show how helicopters are utilized in their tactical security mission for 20th Air Force.

As the week came to a close, the cross-talk had allowed for more than just an operational understanding, the US Air Force said, it had led to relationships being built and a foundation for further conversation between the two entities.

“This is a great opportunity to build new relationships with the 20th Air Force, which we haven’t really had,” said Corcoran.

“We’ve been flying the AW-139 for about 16 years, and this gives us the chance as fellow aviators to discuss the capabilities of the new aircraft and assist in the introduction of service of the Grey Wolf with a focus on aviation safety and professional exchange of our experience.” 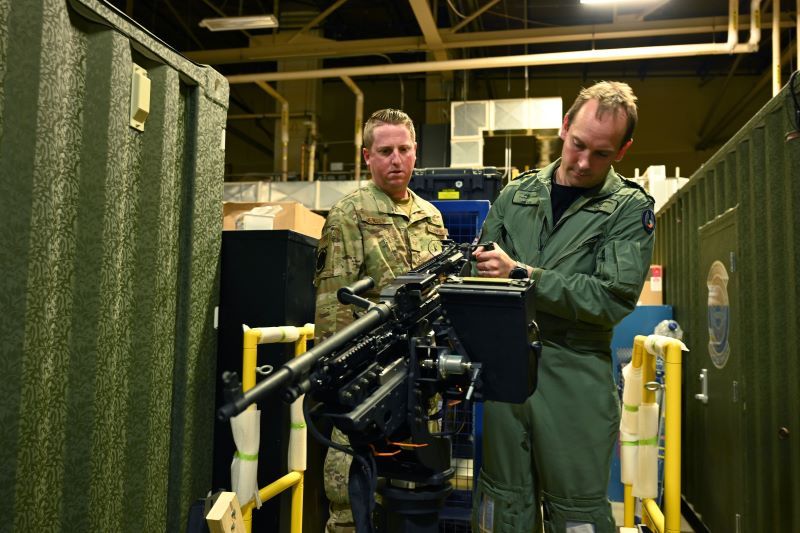 August 9, 2022: Staff Sgt. Eric Jensen, of the 582nd Operations Support Squadron, explains a virtual reality simulation weapons system to Commandant Colin Duffy from the Irish Air Corps, during an immersion into helicopter operations on F.E. Warren Air Force Base, Wyoming. Three members of the Irish Air Corps visited the base to build relationships and discuss the rollout of the MH-139 Grey Wolf helicopter during a week long visit. (US Air Force photo by Airman 1st Class Landon Gunsauls / Public Domain)

There was also an opportunity for the visitors to discuss how the helicopters fit into securing the missile field with personnel from 90th Missile Security Operations Squadron’s TRF, as well as observing several demonstrations from the defenders. Those opportunities allowed the Irish Airmen to better discuss how the Grey Wolf can and will fit into the mission upon its arrival.

The visit ended positively all around, the US Air Force said, with a plan for members of 20 AF to return the favor and go to Ireland in the near future.

“The Irish Air Corps has extensive operational experience on the  AW139 to share and equally has a lot to learn from the professional aviators of the 582nd from their experience of flying helicopters for many decades – the warmth of the welcome & hospitality we have received during the visit was superb in every way,” said Corcoran.

"I expect that this is just the beginning of a symbiotic and fruitful relationship.”