Parties in Ireland cause COVID fury as infection numbers increase

Videos and pictures showing a lack of social distancing at parties in Galway this week have been met with fury. 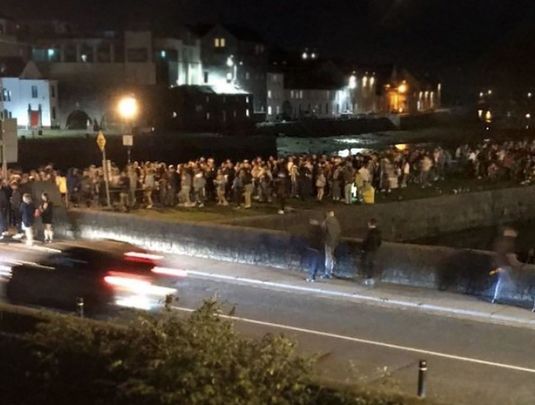 Angry concern spread among local elected representatives in Galway as the city risked being raised to stricter anti-COVID regulations which would mean closed pubs and government advice against people leaving or entering the county.

Galway, like most of the rest of Ireland, is currently on Level Two of Ireland’s five-stage battle against COVID-19.

Last weekend, Donegal joined Dublin at the stricter Level Three, and health chiefs have warned that other counties, including Cork (where 70 COVID-19 cases were traced to local pubs and restaurants in recent weeks), Monaghan, and Roscommon as well as Galway risk soon moving to the more critical stage.

Many students and their friends in Galway appeared unconcerned about the risk as they partied across the city on Monday night.

RTE reported that gardai were called to a number of locations to deal with crowds of people drinking alcohol.

Footage shared extensively on social media showed a large number of young people at the Claddagh Basin, opposite the Spanish Arch, with other video showing congregations of young people in nearby Shop Street.

A multi-agency meeting has taken place in Galway to discuss public health concerns after hundreds of students congregated in the city last night. | https://t.co/1TVKa0ia33 pic.twitter.com/hmMPGvsNMq

Gardai were also called to other parts of the city, including a site close to the Corrib at the engineering building in National University Ireland Galway.

In addition, officers were called out to 12 separate house parties in accommodation rented by students around the city.

Several city councilors expressed alarm at the scenes, saying they could contribute to increased restrictions being imposed in Galway.

Meanwhile, also on Tuesday, medical chiefs warned that people should prepare for another six to nine months of COVID-19 restrictions, involving repeated waves of the virus.

Acting chief medical officer Dr. Ronan Glynn said there will be no “going back to normal” after the current surge in cases has been handled.  And there will be no “significant game changer” such as a readily available vaccine to relieve matters for the next six to nine months.

Health Service Executive boss Paul Reid told TDs that “it is increasingly evident that we can expect, and should therefore plan for, subsequent waves” of the disease. 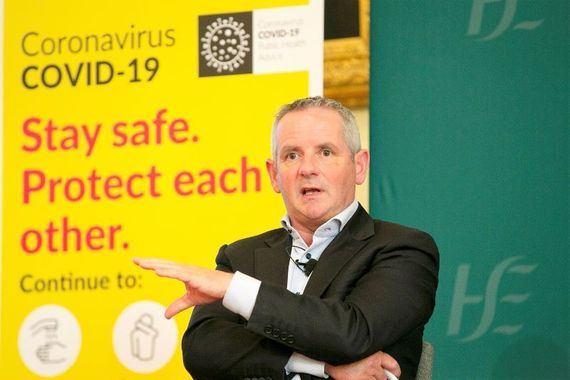 Reid told Tuesday’s sitting of the Oireachtas special committee on COVID-19 that “a difficult winter season, coupled with a resurgence of COVID-19, is the worst possible scenario for our health services.”

He added that even with a vaccine, “the reality is that we will be dealing with COVID-19 for a long time yet,” and behavioral and societal changes are needed to manage the pandemic.

Earlier, as Donegal joined Dublin on Level Three, it was revealed part of the reason for the sudden surge of the virus in the border county was linked to numbers crossing the frontier both ways for business and education.

The Derry and Strabane areas in Northern Ireland, which adjoin Donegal, are among the U.K. districts of high numbers of COVID-19 cases.

Dr. Martin Coyne, a medical practitioner in Lifford in Donegal, told the Irish Independent, “There is a difficulty with the border, however, when it comes to contact tracing.

“We are dealing with two jurisdictions and that is an issue. They say there is cooperation taking place, but that co-operation might take two or three days and we do not have that kind of time to play with.”

With more than one million COVID-19 deaths recorded worldwide this week, latest figures showed 2,380 were in all Ireland – 1,802 in the Republic and 578 in the North.