Ireland "is utterly defenseless," Independent Irish TD Cathal Berry, a former army ranger, said in the wake of the Russian state TV simulation of Ireland being wiped out in a nuclear attack. 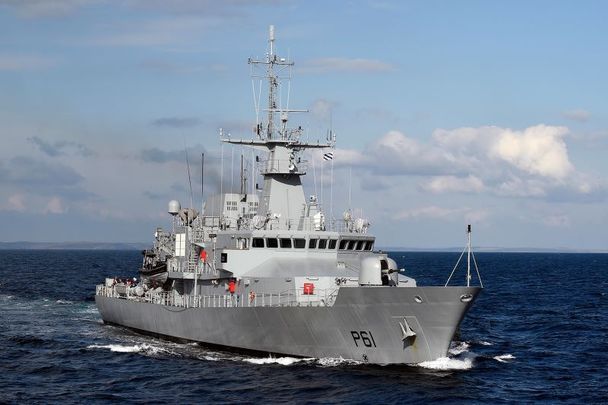 Ireland's Navy has “no way” of detecting the type of underwater nuclear drone shown on a news broadcast on Russian state television firing a nuclear missile at the U.K., according to a political former prominent member of the Irish Defence forces.

A Russian prime time show report showed an underwater nuclear missile being set off just off the coast of Donegal, before destroying Ireland and the U.K.  The segment was presented by Channel One anchor Dmitry Kiselyov, who is known as “Putin’s mouthpiece.”

Kiselyov presented a simulated nuclear attack on Ireland and the U.K. after British Prime Minister Boris Johnson offered continued support to Ukraine and pledged to send weapons to its armed forces.

Kiselyov spoke in his report of using Russia’s unmanned underwater vehicle Poseidon to plunge Britain under the sea. He said, “There’s no way of stopping this underwater drone. The warhead on it has a yield of up to 100 megatons.”

He added, “The explosion of this thermonuclear torpedo by Britain’s coastline will cause a gigantic tsunami wave up to 500 meters high. Such a barrage alone also carries extreme doses of radiation. Having passed over the British Isles, it will turn what might be left of them into a radioactive desert.”

And another nuclear threat to the UK from Russian state TV's Dmitry Kiselyov:

He says his country's Poseidon nuclear underwater drone could cause a tsunami that would "plunge the British Isles into the depths of the sea" and turn them into a "radioactive desert" (with subs) pic.twitter.com/usElgqHeIG

Independent Irish TD Cathal Berry, a former army ranger, told the Irish edition of The Times that the report was designed “to scare.”  It did not directly reference Ireland, but Berry noted how some countries did not view Ireland as a separate state from Britain.

That meant Ireland’s supposed neutrality wasn’t bulletproof and it was a target as could be seen in the graphics in the Russian TV report.

Berry said Ireland was “completely unprepared” should the U.K. be attacked by Russia.

He said, “There’s a lot of focus on how we can help Ukraine, but there hasn’t been any focus on how Ireland is going to defend its own jurisdiction if this conflict escalates.

"We’ve no idea where the conflict is going to go, whether it’s going to escalate or not, and how it’s going to end up. Unfortunately, this country is utterly defenseless.”

Berry added, “For an island nation to not even have any means of detecting what’s going on is scandalous. There are trawlers in Killybegs with better sonar equipment than our own Navy. We’ve no primary radar, we can’t even detect what’s going on in our own airspace. We’re the only EU country that does not have that capability.  The fact that we don’t have those capabilities is outrageous really.”