A Russian state TV broadcast showed Ireland and the United Kingdom being annihilated by a radioactive tsunami following a nuclear attack. 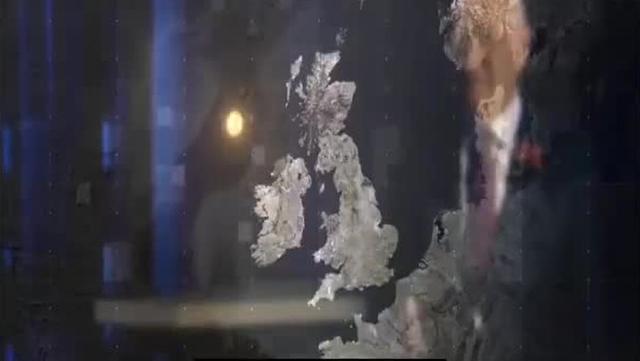 Ireland and the UK are wiped out by a Russian nuclear missile in a shocking simulation aired recently on Russian state television.

Host Dmitry Kiselyov, often called the "Putin's Mouthpiece", talked through a video simulation showing the results if the Kremlin opted to use the world-ending "Satan 2" nuclear missile.

The simulation shows shockwaves from the blast wiping out Ireland and the United Kingdom.

More talk on Russian state television of destroying the "British Isles" with nuclear weapons. Ireland would be collateral damage pic.twitter.com/gUemmoYUsU

"Why threaten never-ending Russia with nuclear weapons," Kiselyov posited during the broadcast, "when you're on an island which is, you know, so small?

"The island is so small that just one Sarmat missile is sufficient to sink it once and for all.

In another clip of the broadcast circulating online, Kiselyov says: "Another option is to plunge Britain into the depths of the sea using Russia's unmanned underwater vehicle Poseidon.

"It approaches its target at a depth of 1km at a speed of 200km per hour. There's no way of stopping this underwater drone.

"The warhead on it has a yield of up to 100 megatonnes.

"The explosion of this thermonuclear torpedo by Britain's coastline will cause a gigantic tsunami wave up to 500m high."

The Russian state TV simulation clearly shows the torpedo detonating off the coast of Co Donegal in the northwest of Ireland.

"Such a barrage alone also carries extreme doses of radiation," Kiselyov continues. "Having passed over the British Isles, it will turn whatever may be left of them into a radioactive desert, unfit for anything for a long time."

And another nuclear threat to the UK from Russian state TV's Dmitry Kiselyov:

He says his country's Poseidon nuclear underwater drone could cause a tsunami that would "plunge the British Isles into the depths of the sea" and turn them into a "radioactive desert" (with subs) pic.twitter.com/usElgqHeIG

The strange propaganda broadcast came after the Kremlin threatened retribution on Britain over their deal to supply Ukraine with further weapons. The threats are said to be "baseless". Last week, Downing Street in London called transmissions of this sort "another example of disinformation peddled by the Kremlin, but it continues to be trumpeted in Moscow."