Diageo, the parent company of Guinness and Baileys, and Jameson parent company Pernod Ricard have announced that they will suspend exports to Russia following the invasion of Ukraine. 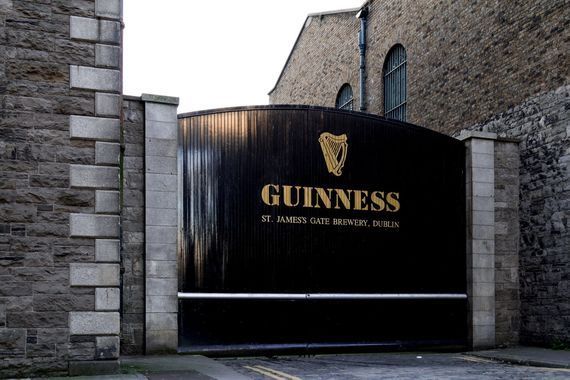 Jameson, Baileys and Guinness are set to join a worldwide boycott of Russia following the invasion of Ukraine last month.

Diageo, the parent company of Guinness and Baileys, and Jameson parent company Pernod Ricard have announced that they will suspend exports to Russia following the invasion.

A spokesperson for Diageo Ireland told the Sunday Times that the company was pausing exports to Russia while it focuses on "supporting our employees and the humanitarian relief effort".

Diageo began exporting Guinness to Russia in 2005 and currently distributes its brands to roughly 70,000 shops and 19,000 bars throughout Russia.

Irish Distillers said in a statement that that it was "shocked and saddened" by the Russian invasion of Ukraine last month, adding that the safety of its employees is of the "utmost priority".

The company told the Sunday Times that it would be fully supporting NGOs providing humanitarian relief in Ukraine.

Alexandre Ricard, the CEO of Pernod Ricard, said last month that Jameson sales in Russia played a significant role in the company's success in the second half of 2021.

Irish whiskey company Tullamore Dew has also joined the global brand boycott of Russia, saying that it took the decision to ensure the safety of its employees.

"Given the volatility of the tragic situation in Ukraine, our main focus at the moment is protecting and supporting our employees in Ukraine, Russia and neighbouring countries," Tullamore Dew told the Sunday Times in a statement.

Russia is the second-largest market for Irish whiskey exports behind the United States, with 7.3 million bottles sold in 2019, according to the Irish Whiskey Association.

Other international brands to have joined the global boycott of Russia include Disney, Warner Bros, and Sony Pictures Entertainment, who have all suspended the distribution of new theatrical releases to Russia.