Three Irish primary schools to convert from Catholic to nondenominational

Some of Ireland's primary schools are beginning to convert from Catholic to non-denominational. 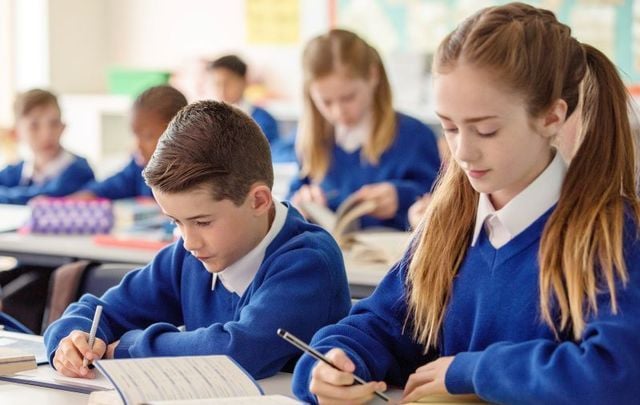 Some primary schools in Ireland have chosen to convert to non-denominational. Getty Images

A number of schools in rural Ireland will make history at the start of this week by becoming the first to transfer from Catholic to multi-denominational. The three primary schools based between Co Kerry and Co Roscommon will now implement programs tailored to encompass different beliefs and values.

Scoil an Ghleanna and Tahilla National School in Co Kerry and Lecarrow School in Co Roscommon all pointed to the survival of their schools as being the core driver for the switch. Roughly a third of the 14 pupils at Scoil an Ghleanna are non-Catholic. The latter two schools have only eight students each. By becoming multi-denominational they open themselves up to a broader demographic of prospective pupils.

Julia Clarke, originally from Liverpool, told RTE that as a member of a nonreligious family whose two sons attend Scoil an Ghleanna, she was pleased with the change.

“Especially in a small school, it would have been obvious to them that they were different. It might have made them feel excluded" "Now it's perfect. It's validating for them.”

First Holy Communion and Confirmation preparations traditionally performed in school will now be carried out outside of school hours, a move Fr. Patsy Lynch told RTE, he believes will be positive for increasing parental involvement with the sacraments.

While these three schools are the first to make a 'live' switch to such a program, there already exists many non-denominational schools throughout Ireland. Many of these exist on the premises of schools that previously closed and aim to breathe new life into increasingly diverse and multicultural communities. The 2016 Census as per the Central Statistics Office Ireland showed that nearly 22% of the population identified as non-Catholic, a proportion that has more than doubled in the past 25 years.

Scoil an Ghleanna parent, Julianne McGillicuddy said it is important for her children, who are Catholic, to see people would not be excluded on religious grounds.

She told RTE “We live in a multi-cultural society, it's really the way things should be going."

Do you think more Irish schools will convert to non-denominational? Let us know in the comments