Ireland's Minister for Foreign Affairs Simon Coveney says he is "disappointed" that the UK acted unilaterally in moving ahead with its Northern Ireland Troubles (Legacy and Reconciliation) Bill. 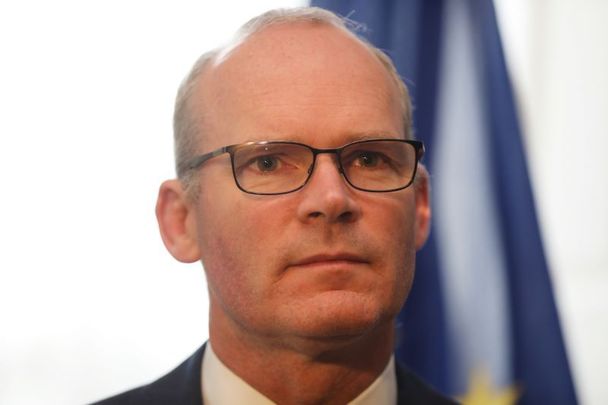 Ireland's Minister for Foreign Affairs has responded after the UK published its Northern Ireland Troubles (Legacy and Reconciliation) Bill yesterday, May 17.

Minister Simon Coveney said that while his department is still reviewing the bill, he is "disappointed" that the UK government has acted unilaterally in introducing the legislation.

"Our starting point was the need for an agreement to be reached between both Governments and the parties and with the needs of victims and survivors at the heart of the process," Coveney said in a statement on Wednesday.

"We know, from long experience, that lasting progress is best achieved through finding an agreed way forward based on engagement and sufficient consensus. We already had the basis for that in the Stormont House Agreement.

"We had strongly urged the British Government to come back to the table and find a way forward together, and it is regrettable that they have not done so. We remain open to that.

"We will be speaking with the political parties and to victims' groups to hear their views, which is crucial, just as it was in the process leading up to the Stormont House Agreement.

"We will also have detailed questions to raise with the UK Government to better understand the intent behind the bill’s provisions.

"However, on an initial reading we have serious concerns, which include, but are not limited to, the powers of the Commission and Chief Commissioner, the status of the ‘reviews’ proposed in the bill, and of course, fundamentally, compliance with Article 2 of the European Convention on Human Rights and other international human rights obligations.

"I know that many families will be upset by the publication of this bill, including those waiting for inquests or pursuing civil litigations. There will be many that understandably feel that immunity, conditional or otherwise, may be more about protecting perpetrators instead of pursuing justice and getting to the truth in such cases. It is vital that those concerns are heard and fully understood.

Coveney said he and his department will continue to engage with the UK government at all levels to better understand the bill, its intentions, and the policy intent.

He concluded, however: "But at this initial stage, I have serious concerns and cannot support it in its current form."

The ICRIR will grant immunity from prosecution, based on an individual’s cooperation with the body’s inquiries, the NIO says. Those who do not cooperate with the independent body will not be granted immunity, and will remain liable to prosecution should sufficient evidence exist, or come to light.

Upon the publication of the bill on Tuesday, victims' groups and politicians from varying backgrounds hit out, with some designating it as the "Bill of Shame."

The Northern Ireland Troubles (Legacy and Reconciliation) Bill can be read in full online here.

TUNE IN: Day three of the Ireland Today 2022 virtual conference this Sunday