BirdWatch Ireland has criticized the lack of funding for nature conservation in Budget 2023, especially in light of the dire figures published in the World’s Birds report. 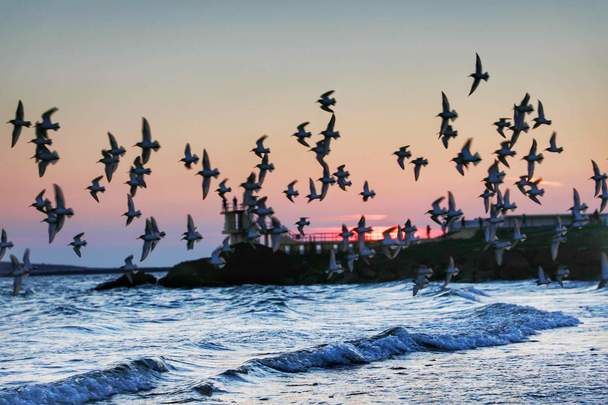 The latest State of the World’s Birds report, published this week, paints the most concerning picture yet of the future of avian species and, by extension, all life on Earth.

Nearly half of all bird species were found to be in decline, with many populations severely depleted. One in eight bird species globally is currently threatened with extinction.

Published every four years by BirdLife International of which BirdWatch Ireland is a partner, the report summarises what birds tell us about the state of nature, the pressures upon it, the solutions in place, and those needed.

The report concludes that one of the most important actions required is to effectively conserve, safeguard, and manage the most critical sites for birds and biodiversity.

📢We have 𝗷𝘂𝘀𝘁 𝗮𝗻𝗻𝗼𝘂𝗻𝗰𝗲𝗱 the launch of our #StateofTheWorldsBirds Report.

🚨Almost 5⃣0⃣% of all #bird species' populations are in decline and 1⃣in8⃣bird species are currently threatened with extinction.

Currently, almost half of bird species worldwide are in decline, with just 6% increasing. The global trends match the stark national picture in Ireland. The Birds of Conservation Concern in Ireland assessment published by BirdWatch Ireland and the Royal Society for the Protection of Birds in Northern Ireland in 2021 showed that 25% of Ireland’s regularly occurring bird species are in severe decline with an additional 37% showing moderate declines.

Habitat loss and degradation, pollution in rivers and lakes, and rodenticide use are all adding up to make the countryside less and less hospitable for birds.

Overfishing, disturbance by people and dogs at breeding sites of seabirds, and wintering sites for waterbirds, plastics in our seas, and avian flu highlight the myriad threats to birdlife in Ireland.

Oonagh Duggan, Head of Advocacy at BirdWatch Ireland, said: “The pressures and threats on bird species keep mounting and with every additional crisis in our world.

"Largely, sectoral policies in Ireland continue to take from the land and sea without giving anything back to protect and restore habitats for the wildlife they also support.

"We know that conservation of habitats and specific measures to address species declines works. There are success stories such as the Roseate Tern Conservation work on Rockabill. What is missing is national ambition across the whole of government to protect and restore biodiversity and to fund conservation to the extent that is needed”.

“Budget 2023 failed to acknowledge or financially address the biodiversity emergency that the Dáil declared in 2019 and which has been highlighted with vigor by organizations like BirdWatch Ireland.

"The 20% increase in funding for the National Parks and Wildlife Service that Minister Malcolm Noonan secured is welcome and brings it up further from past severe cuts but additional funding for active nature conservation is absent.

"To be clear, this requires a whole government response and not just from one Minister. This indicates that the message of the stark loss of biodiversity is not getting through to the whole government. This is deeply worrying as some bird species may go extinct in the next five to ten years and habitats may be unrecoverable and that will bring terrible shame to this first-world European country.

“It is clear that restoring wildlife populations is seen as a nice to have instead of an essential to have. Birds are indicators of the health of our environment because they are so well studied. If we fail to restore nature, it means that we are failing to safeguard our own futures on a healthy planet”.