Ireland's massive €11 billion budget package for 2023 was unveiled on Tuesday as the Irish government set about measures to cushion the cost of living crisis. 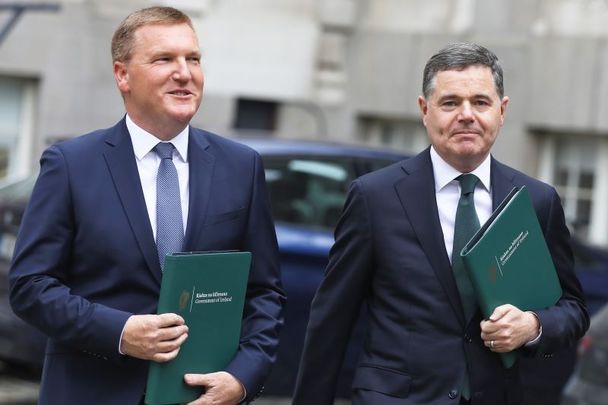 Only the cold winter months will prove if Finance Minister Paschal Donohoe and Public Expenditure Minister Michael McGrath produced a package equal to the challenge of rapidly rising living costs sparked by Russia’s war in Ukraine.

McGrath said, “We stand at a crossroad in global affairs. The silver lining is consensus on dealing with energy requirements. We must reduce dependence on Russia.”

Reuters described the government presentation as Ireland dipping into one of Europe’s few budget surpluses to fund higher than usual spending hikes and tax cuts, ease energy costs for firms and consumers and set cash aside in a budget that was in sharp contrast to neighboring Britain’s economic plans.

Donohoe said in his speech, “If you are an older person, you have to spend more of your pension on heating your home; if you are looking after a family, you are facing higher grocery bills; if you are running a small business, you are trying to cope with increases in the cost of energy.”

He said tax receipts increased by €10 billion over 2021, leading to a surplus this year of €1 billion and a projected surplus of €6.2 billion next year.

One-off measures worth €4.1 billion are intended to meet the “significant needs” of Irish citizens, Donohoe said. The remaining €6.9 billion is for budgetary measures for 2023 and onwards.

Businesses are getting up to €10,000 a month towards their energy bill and families will receive electricity bills assistance of €600 split in three packages over the next six months.

There will be a major expansion of the free visit card scheme to family doctors. More than 430,000 people will become eligible for the first time for the means-tested scheme, meaning around 2.5 million people, or half the population of the country, will have access to a free GP visit card or medical card.

Pensioners’ payments from the state will rise by €12 a week to more than €260. And there will be double payments in November and Christmas.

Young families are the big winners, with cuts to childcare fees and a double payment of child benefit at Halloween and Christmas. The aim is to reduce childcare costs by around €170 per month.

VAT on newspapers will be reduced from nine percent to zero from January in line with the government’s support for an independent press.

Properties left empty for 30 days out of the year will be subject to a tax at three times the local property tax rate, administered by Revenue on a self-reporting basis.

There will be a levy on concrete blocks and similar materials to raise €80 million to help fund redress schemes for defective construction, so increasing building costs for all new housing.

It isn’t fair for some energy companies to make gains while others suffer, Donohoe said. So Ireland will aim to take part in the EU-wide response to high energy prices. If this is not possible the government will bring forward its own measures.

Just two hours before the budget 2023 secrets were revealed in the Dáil, Taoiseach Micheál Martin said his coalition government was tackling the cost of living crisis in a sustainable way, not just this year but throughout 2023.

He said, “It will mean investment in public services. It will mean significant reduction in costs for people … we have to make sure that not only do we get people through this winter in the teeth of this unprecedented crisis, but also make sure we have the reserves to get through the entirety of 2023 as well.”

It will increase social welfare supports, and put money in people’s pockets through tax cuts.

Overall, It's a comprehensive, fair, and progressive package to tackle an unprecedented crisis.