Irish Vice President Mike Pence, one heartbeat from the presidency

Pence, who has kept in touch with his Irish roots, was deeply influenced by his maternal grandfather, who emigrated from County Mayo in 1923. 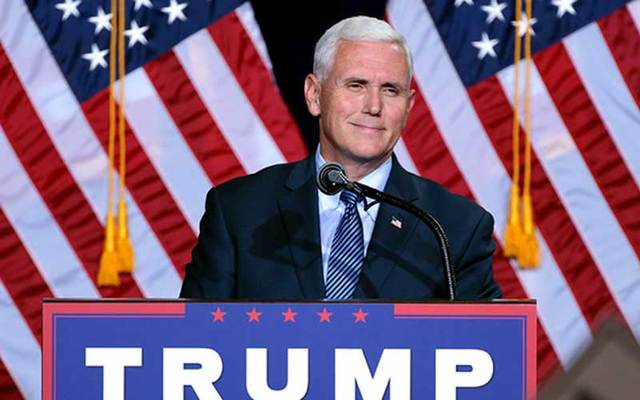 Mike’s father’s ancestry was 5/8 Irish and 5/32 German (including Alsatian German and Swiss-German); the remainder of his father’s more distant roots are not clear.

Mike’s mother Nancy Jane was of entirely Irish descent, the daughter and granddaughter of immigrants. Mike was raised Catholic, and is now an Evangelical Christian.

Mike’s paternal line traces back to a German, Michael Bentz, who was born c. 1705, and whose family surname was changed from “Bentz” to “Pence.”

Pence’s maternal grandfather Richard Michael Cawley emigrated from County Mayo to Chicago on April 11, 1923. Pence keeps a plaque with that date in his office, a sign of how deeply influenced he was by his grandfather. He became a bus driver in Chicago.

During his brief flirtation with immigration reform, Pence often instanced his grandfather as his inspiration to seek that reform.

Pence has kept in touch with his Irish roots, The Irish Times reported that the Republican governor, his wife Karen and their three children visited Ireland in August 2013, nine months before Donald Trump bought Doonbeg golf resort.

On their visit, the Pence's visited the house where Mr Pence’s great-grandfather, James Maloney, was born, and they met his grandmother’s first cousin, then 92-year-old Patrick Moloney.

They also visited Morrissey’s Pub in Doonbeg, which the state’s newspaper, the Indianapolis Star, said was operated by family members.

The newspaper later reported that the Irish visit “left a lasting impression” on Mr Pence, “who as a member of Congress sought looser immigration restrictions than many of his fellow conservatives liked.”

Pence spent summers working in Ireland when he was younger. He tended bar and cut turf in County Clare and almost stayed there.

His parents didn't talk politics over the dinner table. His father was an oil distributor who ran a number of gas stations.

The Indianapolis Star reported the Catholic Church took a central role in the Pence household.

Edward and Nancy Pence had their six children don their Sunday best for Mass, including suits for Mike and his three brothers, who also served as altar boys. Some say there are lasting tensions over his conversion to a more conservative born-again faith.

He was originally a Democrat working for the local Democratic party and idolizing JFK, a personal hero. He voted for Jimmy Carter in 1980.

Like many young adults, Pence's views began to change and he was heavily influenced by Ronald Reagan’s type of conservatism.

He met his future wife, Karen, at a church in Indianapolis after he graduated from Hanover College. He later became a born-again Christian to his family’s dismay. Both Pence and his wife remain deeply religious.

Since his early days in politics, Mike Pence has repeatedly described himself as "a Christian, a conservative and a Republican, in that order."

As governor he was the focus of national attention when he signed the Religious Freedom Restoration Act in 2015. After the Supreme Court ruled in favor of same-sex marriage, evangelical lobbyists had pushed the governor and Republican lawmakers to approve RFRA as a means to allow business owners to deny services to gay, lesbian and transgender Hoosiers for religious reasons. An economic boycott forced him to reconsider.

Ironically, it may have helped him politically. He stayed out of the Republican nomination race and never made an enemy of Trump which made him a viable contender right away when the VP race was being discussed.

Now he is vice president and Richard Cawley’s favorite grandchild has come a long way indeed. No doubt if Trump flops there will be talk of the presidency. He has shown a knack of being in the right place at the right time. It could happen again.