Irish-born lottery winner gives away half her $144.5 million fortune

A Northern Irish woman has revealed that she's given away over half of her $144.5 million lottery fortune. 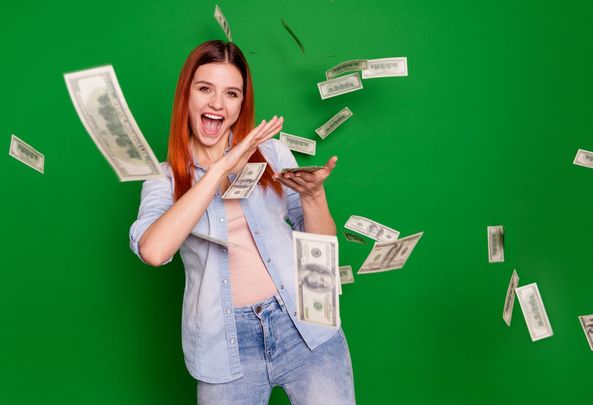 Northern Irish woman who has given away half her lottery winning says "It gives you a buzz and it's addictive... I'm addicted to it now." Getty

Frances Connolly who won the EuroMillions lottery in 2019 has revealed that she's already busted her charity budget until 2032 and is addicted to giving to others.

In 2019, Frances Connolly, from Northern Ireland, and her husband Paddy won $144.5 in the EuroMillions lottery. Three years on she's revealed that they've given away $75.2 million (£60m) of their fortune having set up two charitable foundations.

Connolly, a former social worker and teacher, set up two charitable foundations, one in Northern Ireland named after her late-mother Kathleen Graham who died at Christmas 2017, and another, PFC Trust in Hartlepool, supporting local young carers, the elderly and refugees, in County Durham, England, where they live.

Initially, they gave away large amounts of money to friends and family. Connolly said she used a list she'd already prepared for this firth bout of giving as she always knew it would happen.

Throughout her life Connolly has given, volunteering for St. John Ambulance from the age of nine, but now she's taken it to another level. She told RTE "It gives you a buzz and it's addictive.

A multimillionaire who claims she is ‘addicted to helping’ has given away more than half of her £115m lottery winnings and busted her budget for the next decade https://t.co/g12eFNSHhI

The couple Frances (55) and Paddy (57) have three daughters - Catrine (34) and twins, Fiona and Natalie (26). Despite their wealth the largest investment they've made for the family is a six-bedroom house in County Durham with seven acres of land.

Paddy drives a second-hand Aston Martin and still runs plastics businesses. Frances spends her time run their two trusts, which back local community groups to help people get into work, buy electronic tablets for old people so they can connect with their families, and support refugees.

When asked if she was happy to give so much of her wealth away, she said: "Oh, who needs all that money?

"I've done that all my life.

"I'm not being funny, I'd have been a millionaire anyway if I took back all the money I've given away over the years."

She has now agreed to stop giving away large amounts but admits she's already gone through the next decade's charity budget.

She said: "This was just in January... we do a budget every year, we check what we're spending.

While winning such a substantial amount of money has changed their lives, Frances pointed out it does not change your personality.

"If you're stupid before you get it, you're going to be stupid afterward," she said.

"Money's not going to make you sensible.

"Money liberates you to be the person that you want to be.

"If I had any advice for a winner, that's what I'd say.

In 2020 she told iNews "I’ve taken real joy from helping other people out. The cards are a reminder of the power of the lottery and how it has changed not only our lives – but other people’s too.”

Here's a video from 2020 on Frances Connolly's plans to give away her winnings: