Co Down couple Frances and Patrick Connolly won a lottery fortune in 2018 and almost immediately started giving away their winnings to family, friends and charities. 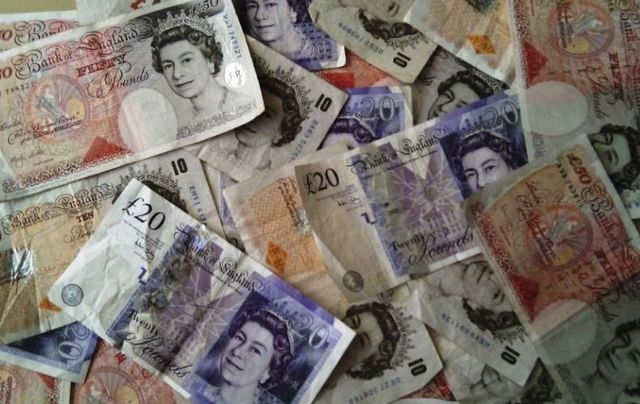 "We’ve given direct gifts to between 150 and 175 families... and every single person we’ve given money to has actually passed it on to other people.” "How do you cope with that kind of money?... We started getting rid of it within a week".  PxHere / CC

"How do you cope with that kind of money?... We started getting rid of it within a week."

Frances and Patrick Connolly won $154 million (£115m) in the lottery in 2018. Within a week of finding out they were millionaires the couple from Moira, Co Down started to give away their vast fortune. Just over two years later they have given away half of their big win.

“Everybody asks ‘how do you cope with that kind of money?’” Frances told the Belfast Telegraph.

“Well, we didn’t cope with that kind of money because we started getting rid of it within a week.

On New Year’s Day 2019 they compiled a list of the friends and family they wanted to help.

Frances said “That was an easy list — I started with them, went to neighbors, then the people who had looked after the kids when they were little.

“We’ve given direct gifts to between 150 and 175 families... and every single person we’ve given money to has actually passed it on to other people.”

Frances and Patrick also launched two charities - the PFC Trust, to help people in and around Hartlepool, and the Kathleen Graham Trust, in memory of Frances’ mother, who died at Christmas 2017.

NI couple who vowed to share their £115m EuroMillions lottery win give away more than half https://t.co/OzkYRGvbHH

Frances said: "Mummy died the year before we won.

“She was the most generous woman you could ever meet. She would have given you the last penny in her purse. She would have loved putting on a big hat and playing Lady Bountiful all over the place, and she’d have had the money given away faster than me.”

She added: “For the anniversary of my mum’s death I was running a knitting company and I made packs of blankets and hats and jumpers for the premature baby unit. I’ve never turned my back where there was a need I came across my entire life.”

Frances says that she's always seen the win as a blessing and dismisses the idea it could be a burden.

She said, "This is just love and joy on a permanent basis.

“How could this be a burden? It’s just like winning the lottery every day.”

Frances, who suffers from Perthes' disease, which means she will eventually lose the ability to walk, points out that money can't buy you everything.

She told the Belfast Telegraph, "What can you do about it? You just have to get on with it.”

Although they've given away almost half of their riches they have spent some money on themselves. They revealed to iNews, that they bought a five-bedroom house in County Durham with a tennis court and swimming pool. Frances bought herself an E-Pace Jaguar and retired from her career as an educator. However, Patrick, who owns plastics manufacturing factories, continues to work.

The County Down woman said winning this money hasn't changed her as a person but added: "it does change how you live”.

“We’re living in a nicer house, driving nicer cars, I can make a shopping list and, miraculously, my PA just has everything in the fridge for me and it’d be absolutely amazing,” she said.

“If I want to go and stay in a hotel I can just do that but it doesn’t change who you are.

“We have come into money late. If you’d come to it when you’re young, you’d maybe let it change how you live a bit more.”

Frances revealed that she has also received 300 thank you cards from people who have benefited from her kindness.

She added “I’ve taken real joy from helping other people out. The cards are a reminder of the power of the lottery and how it has changed not only our lives – but other people’s too.”