Lester Cassidy, a 19-year-old apprentice carpenter, fell 24 feet from a two-story house when the scaffolding he was standing on gave way beneath his feet in July 1998. 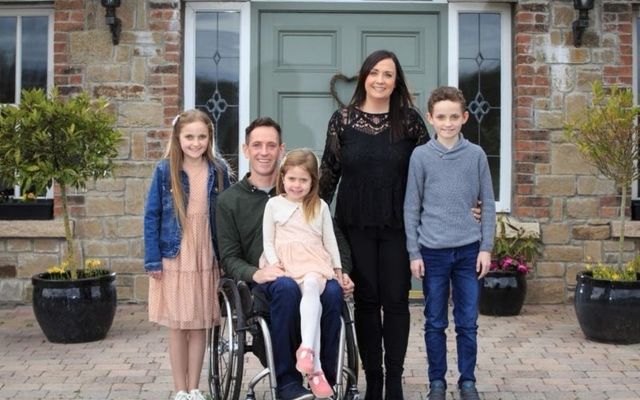 An Irish man who was left paralyzed from the waist down following an accident at work in 1998 is climbing Croagh Patrick to raise money for Ireland's National Rehabilitation Hospital.

Lester Cassidy, a 19-year-old apprentice carpenter, fell 24 feet from a two-story house when the scaffolding he was standing on gave way beneath his feet.

Despite his desperate attempts to grab a scaffolding bar and break his fall, Lester hit the ground with tremendous force and sustained a double fracture in his back.

More worryingly, however, he sustained significant damage to his spinal cord, leaving him paralyzed from the waist down.

Lester was rushed to the Mater Hospital, where he underwent a five-hour surgery.  He was later admitted to the National Rehabilitation Hospital to learn how to be independent again.

"I was surrounded by stroke patients, amputees, paraplegics, quadriplegics, tetraplegics(neck down) and brain injuries….there's no feeling sorry for yourself there, there is always someone much worse off than you," Lester told IrishCentral.

He described his first experience in a wheelchair as "traumatic" and added that he cried all day along with his family and his girlfriend Rachel.

"I never looked back from that day on, I am a very positive person, I was ready to move forward, that was my only “bad” day."

Gradually, Lester learned to perform basic tasks again, including going to the bathroom, getting dressed, and even how to drive.

He married his girlfriend Rachel and they now have three children.

"I never got power or feeling back in my legs, but I did recover to have a powerful life."

When news reached Lester that the National Rehabilitation Hospital was building a new hospital, he wanted to play his part to help fund the new facility.

He intends to climb Croagh Patrick on June 25 to raise money for the NRH and Spinal Injuries Ireland, a charity that supported him after he completed his rehabilitation.

"When you have completed your rehabilitation and returned home, this is exactly the type of support you need the most - support from people who have lived through the same experience and know exactly what you are going through," Lester said in a statement.

He is inviting people to join him on the climb and said there would be a "big party" at Westport Country Lodge afterward.