While she was in labor “a priest would… tell her that this was her penance for having sex outside of marriage.” 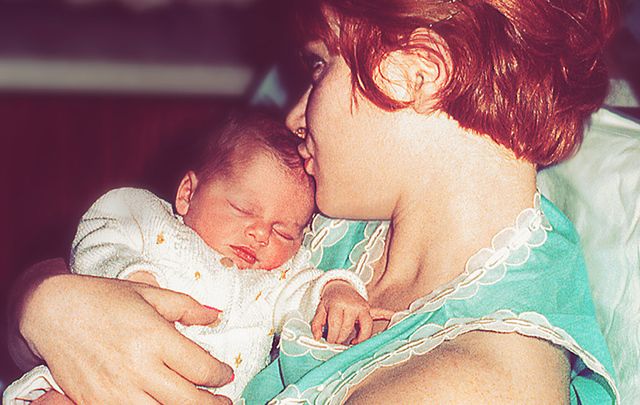 While she was in labor “a priest would… tell her that this was her penance for having sex outside of marriage.” iStock

Ronan James O’Halloran was born on December 9, 1973 at St Patrick’s Mother and Baby Home on Dublin’s Navan Road. Now aged 43, he has spent the past two and a half decades searching for the woman forced to give him up at birth.

“From a very young age I knew I was adopted,” he told IrishCentral, but it was only when he was 18 that he was allowed to begin the search for his birth family. With his legal majority freshly acquired he contacted the Catholic adoption agency, Cúnamh, but his efforts were bluntly rebuked.

A social worker informed him that him that, “my mother was most likely dead or if she was alive she would have nothing to do with me.

“I was pretty shocked; at the tender age of 18 I was optimistic, I was really enthusiastic and I was pretty taken aback. The third option I was given was that, if I wanted to go forward, there was an eight year waiting list. So they might as well just have told me to p*** off.”

The experience, however, set the tone for his future dealings with authorities as he tried to track down his birth mother.

And the search goes on.

“I’m still looking for that woman.”

Only recently did he gain access to anything close to his birth certificate.

“About two years ago I managed to get what’s called non-identifying information – which gives a very broad description of the circumstances of your adoption. They don’t give names, they don't reveal locations.”

The most specific details he was given was that his mother was from Leinster and that, “She was a tailoress – which is not actually a word but it's the word they used. She was 22, he was a year younger and worked as a chef in a hotel.”

It also revealed that his grandfather came to visit him at St Patrick’s.

He strongly suspects that she was from a middle class family in Dublin. “If you had no money you were liable to spend up to a year in the place and your extended stay was to pay for your upkeep. If you had money you paid to go in and out. And you were in and out in maybe three months. Her stay from what I gather was about three months – which suggests her family was in a position to pay for her upkeep.”

"At the moment I’ve hit a brick wall and I haven’t been able to progress. I just haven't been able to get anymore information on her."

He was baptized on site a week after he was born, but that certificate is under lock and key because it will likely have his original name on it too.

When asked about St Patrick’s Mother and Baby Home where he was born he does not mince his words. He describes it as, “No different from Tuam and I believe it will be revealed that it’s possibly even worse. They describe it almost as an idyllic sort of place where women went voluntarily to give up their babies. Now I’ve had the privilege of reading almost a hundred testimonies of mothers who went through that facility. None of those testimonies were either voluntary, all of them claim, and I believe them, that their babies were taken from them and the place was a hell-hole.

“They would go into labor, she would be left in almost darkness on her own, a priest would intermittently come in as she was screaming to tell her that this was her penance for having sex outside of marriage.”

Reading such harrowing testimonies has changed his views about the woman who gave him up.

“I went from a place of being slightly resentful of my birth mother for giving me up to a place of utter compassion now, where I see what the women went through, the circumstances she was forced into.

“None of these revelations are shocking and there’s lots more to be revealed.”

Does he believe there is a mass grave to be discovered in St Patrick’s?

“No doubt about it.

“St Patrick’s had a huge mortality rate. It’s just as likely that there are graves on site at St Patrick’s. One woman described the situation where the nuns did everything to create an environment where babies did not survive – through neglect. The women did not spend time with their children. After they gave birth they were put to work, scrubbing toilets or floors and then they would have a ten minute break to feed the child and then they’d be sent back to work. So the children were neglected. They were in no way nurtured.”

The institutions came hugely wealthy as a consequence, as did the doctors who were involved too – with many getting a cut of the money from adoptions contracted with wealthy Americans.

Sometimes it all gets to him, but Ronan James refuses to give up.

“It comes at me in waves. I become really, really disturbed by it, but that comes in sections in my life and I’ll chew away at it for awhile and then I’ll leave it alone. But I’m determined to just get my answers.

*If you or someone you know were at St Patrick’s Mother and Baby Home in late 1973 or early 1974 and know anything that could help Ronan James find him birth family, feel free to contact him by e-mailing hally@hallymusic.com. This interview has been edited and condensed.